In a recent Sports Illustrated magazine article, that gives a unique look inside Apple’s so-called ‘sports surveillance room’ at its Results Way office complex in Cupertino, California, services chief Eddy Cue has been quoted saying Apple has little interest in sporting events as part of its upcoming TV streaming service. 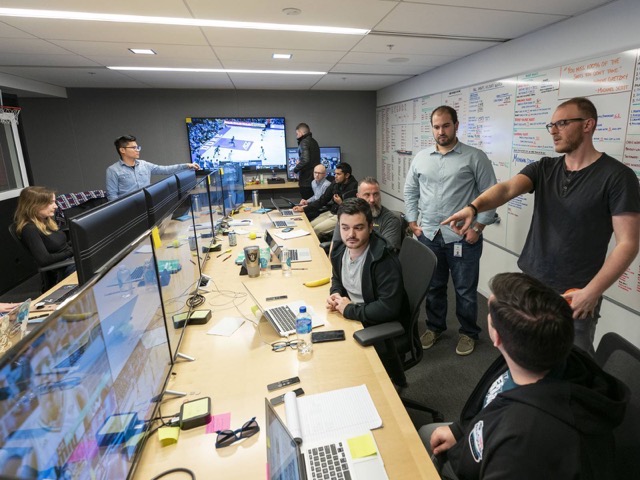 The feature article details Apple’s efforts to improve live sports in its TV app content, including a dedicated team of employees that has been monitoring sports events for almost a year and letting fans know what’s worth watching and offering one-click access to action through the Apple TV app.

When asked how much he thinks about competing against such services as ESPN+, Amazon, and Facebook that have all bought live streaming sports rights, Cue said “not a lot, honestly.”

“That’s not to say we would never do sports, because who the heck knows,” he said. “Never is a long time, but I don’t think that’s a problem right now.” Sports rights are deeply fragmented, with different owners split by platform and region. “You really can’t own all the rights, so therefore at some point you need to solve some other problems,” Cue said. “You can’t design for owning the rights because if that’s the only thing you’re doing you’re always going to be tiny.” And these days, Apple rarely does tiny.

The iPhone maker is expected to announce a new streaming video service of exclusive entertainment content at a special event next week, as well as a premium news and magazine subscription service.