Apple this morning sent out invites to the press to indicate a March 9 special event, which most likely will focus on the Apple Watch. The company’s website has been updated its Live page to indicate the ‘Spring Forward’ event will be available live, similar to what we’ve seen from its previous special events. 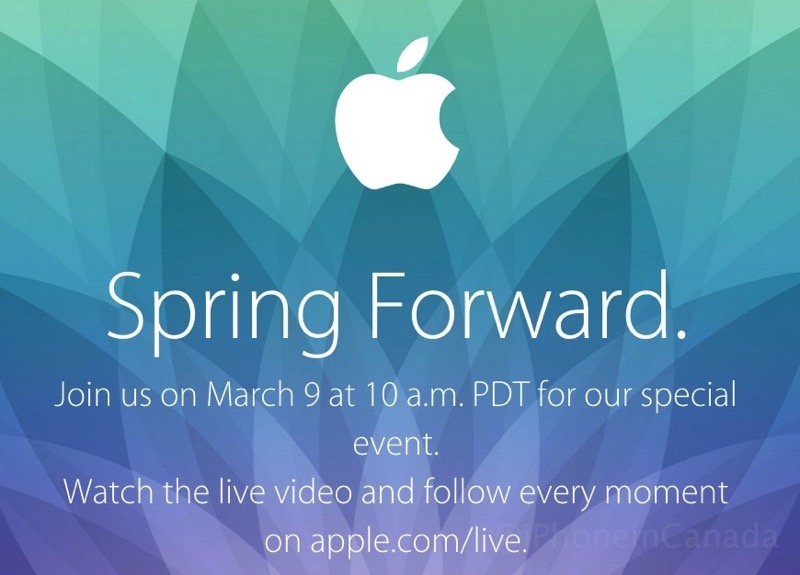 Again, requirements to live stream the event will be (Windows users can try this workaround, as usual):

Apple Watch will debut at $349 USD, most likely for the Sport models. All eyes are on Apple to see how much the stainless steel and 18K gold models will cost, and whether Canada will be part of the initial launch or not.