According to a report by The New York Times, Apple’s iPads and MacBooks are steadily losing ground to Chromebooks in schools across the U.S. Apple’s devices, which accounted for about half of the mobile devices shipped to schools in the U.S. in 2013, are consistently being replaced by inexpensive notebooks that run on Google’s Chrome operating system and are produced by Samsung, Acer and other companies. 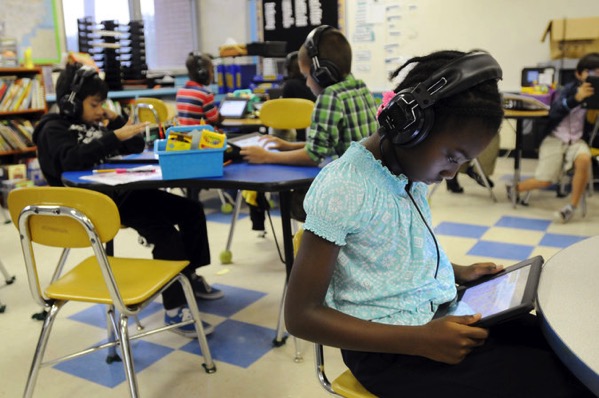 A new study released by research firm Futuresource Consulting has revealed that Apple’s iOS devices and laptops have reached a new low, falling to third place behind both Google-powered laptops and Microsoft Windows devices.

Of the 12.6 million mobile devices shipped to primary and secondary schools in the U.S. last year, Chromebooks accounted for 58% of the market, up from 50% in 2015, while shipments of iPads and Macs fell to 19% from 25% over the same period.

“Apple is struggling,” said Mike Fisher, an education technology analyst at Futuresource. The rise of Google’s Chromebooks has disrupted the momentum of Apple, which has been marketing its computers to schools for some 40 years.

Apple however says education is a longstanding value for the company. “Mac and iPad are the best tools in education to help teachers teach and students learn,” Susan Prescott, Apple’s vice president of product marketing, wrote in an email. “We’re incredibly passionate about education and new programs like Apple Teacher,” a site for teachers who want to learn how to more creatively use Apple tools with their students, she said.

To compete with the low-priced Chromebooks, Microsoft has recently announced that it is working with Acer, HP and Lenovo to develop low-cost Windows laptops for schools, with prices starting at US $189.

The folks over at YouTube channel TechRax decided to blend Apple’s latest flagship iPhone 14 Pro in a durability experiment and see what happens. Earlier this week, the same folks tried to give the iPhone 14 Pro a facelift by sawing off the rear camera bump. The camera island on the back of this year’s iPhone 14...
Usman Qureshi
11 mins ago

Amazon has just offered a sneak peek at all of the games Prime Gaming subscribers will be able to access for free starting Saturday, October 1st. Prime Gaming is Amazon Prime's home for gamers. Benefits include in-game loot, free games every month, a free monthly channel subscription on Twitch, as well as all the benefits...
Usman Qureshi
21 mins ago

Apple CEO Tim Cook on Thursday accepted an honorary Degree in Innovation and International Management from the Università Degli Studi di Napoli Federico II in Naples, Italy. Cook is currently on a tour of Europe. "It's an honour to be recognized by an institution with such a distinguished history, one that has nurtured Italy's brightest young...
Nehal Malik
45 mins ago