This Saturday, January 28, marks the start of the Lunar New Year and both Apple and Twitter have debuted ways for users to celebrate Year of the Rooster, one of twelve signs from the Chinese zodiac.

Apple has created a section in the App Store titled “Celebrate the Year of the Rooster”, a curation of various free and paid Lunar New Year stickers: 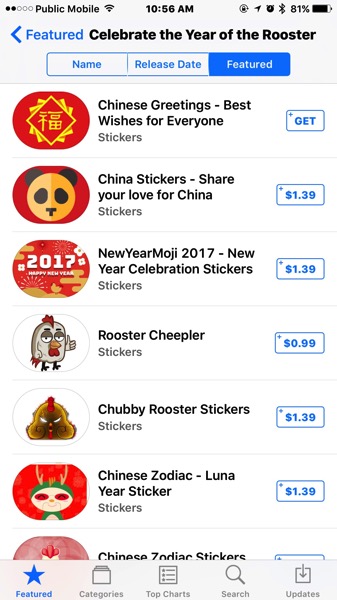 This featured section is showing in the App Store on iOS.

Meanwhile, Twitter has launched new emoji and Twitter stickers for Lunar New Year, if any of the following English hashtags are used: 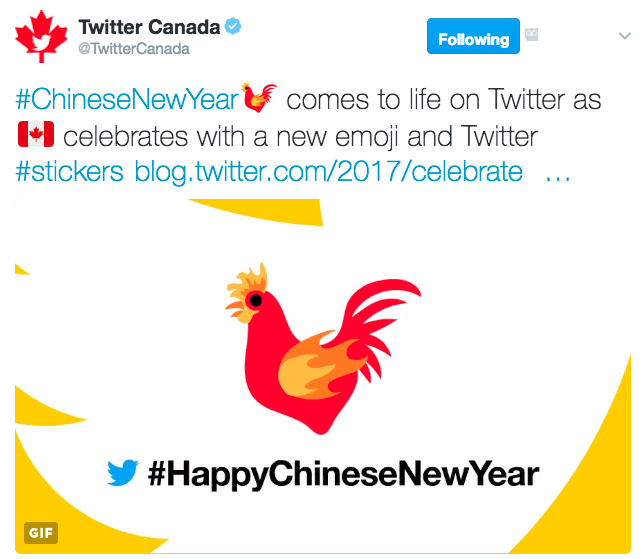 Hashtags for Lunar New Year will also be available for the following Simplified and Traditional Chinese, Korean and Bahasa Indonesia hashtags:

Give these hashtags and try, and you’ll see a Rooster emoji emerge on Twitter.