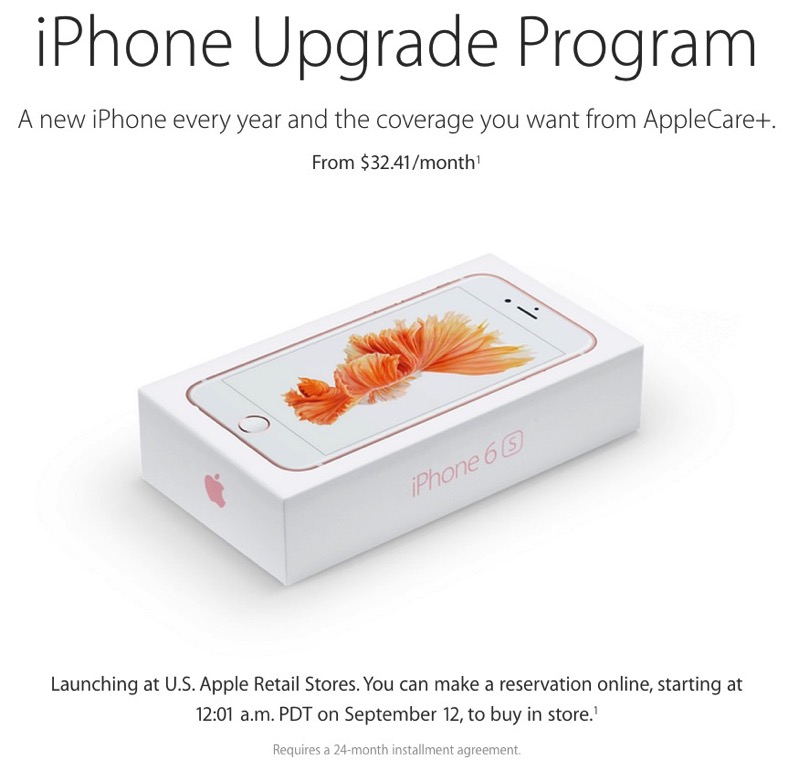 The new financial plan will continue to get consumers to pay up for the company’s smartphones, which will continue to drive the stock higher. After the media event, Apple’s stock prices have been up for days, up 19 cents today to $116.42.

The financing option would give customers the option to pay $32 per month for a 16GB iPhone 6s, and with that they get a warranty and the ability to upgrade their device yearly. The program lets customers sign up for a payment plan, much like a car lease, that would get them to pay $650 for a smartphone anyways. The strategy is a big win for Apple, especially when we are in an era in which smartphone prices are continuously falling.

Analysts agree that if Apple is successful in convincing customers to sign up for the new program, the company’s stock could be worth $200 a share. The financial impact of this program is huge, and it could give Apple a market value of $1.1 trillion.

The Apple Upgrade Program is also a threat to wireless carriers, who currently have a lock on iPhone customers. Currently wireless carriers are in the position to control pricing, however, the move could displace the carriers’ role in the transaction.