Apple yesterday announced it would be driving its own fleet of vehicles across Canada this summer, to improve Apple Maps.

The company stated, “Beginning in May, Apple Maps will be driving across Canada throughout the summer. We’ll be capturing road details, signage and landmarks — all to make the most accurate and useful Maps experience possible. The information collected will be worked on by our teams in Cupertino, California. We plan to publish this data in a future product update.”

Now, the first Apple Maps car has been spotted driving in the streets of Toronto, as shared by a user on Reddit. Check out the picture below: 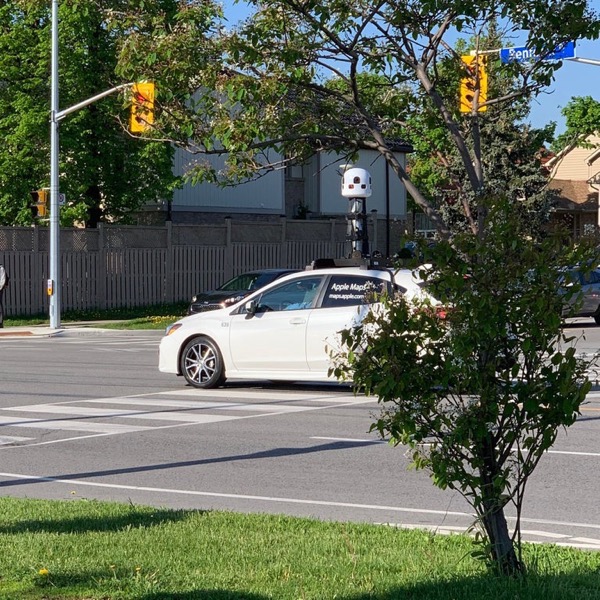 Sitting atop the Apple Maps car is a pole with a fixed dome with cameras adorning all sides. It looks like other vehicles the public has seen with Google Street View.

Other Redditors chimed in to say they spotted an Apple Maps car at other locations such as:

As usual, some comments on Reddit poked fun at the Apple Maps car.

“Looks like Google Street View on welfare,” said one user. Another user wrote, “Today I learned Apple Maps is still a thing,” while user ‘Bamres’ said, “Surprised [it’s] not in a lake…they must not be using Apple Maps.”

“Apple is conducting ground surveys around the world to collect data which will be used to improve Apple Maps. Some of this data will be published in future Apple Maps updates. We will also periodically revisit some locations to gather new data in an effort to maintain a high-quality, up-to-date map,” explained the company yesterday in a media release.

“We are committed to protecting your privacy while conducting these surveys. For example, we will blur faces and license plates on collected images prior to publication,” said Apple.

When Apple previews next versions of iOS, watchOS, tvOS and macOS at WWDC next week, stay tuned to see if Apple Maps will be getting a huge update or not.