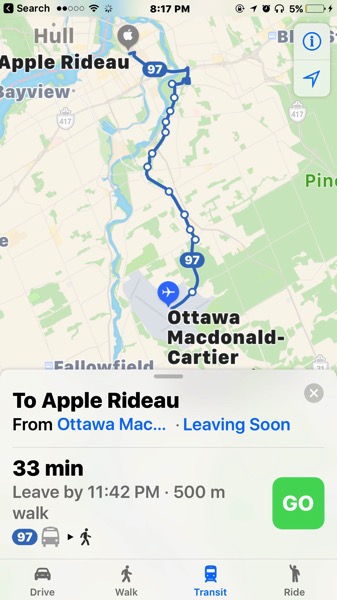 Back in July, Apple Maps gained transit directions in Calgary; we told you Edmonton could be next at the time, and now they are here.

Last year, we saw Victoria and Vancouver get transit directions in Apple Maps. Toronto was the first Canadian city to gain the feature back in 2015 when iOS 9 launched.

If you’re looking for transit directions on iPhone, use Transit app or Google Maps, as Apple Maps still needs improvements to meet the expanded features of the former apps.