Apple has expanded transit info to Apple Maps users in Vancouver and Victoria, according to the Financial Post, which says expansion will also see support for other rail lines in British Columbia. 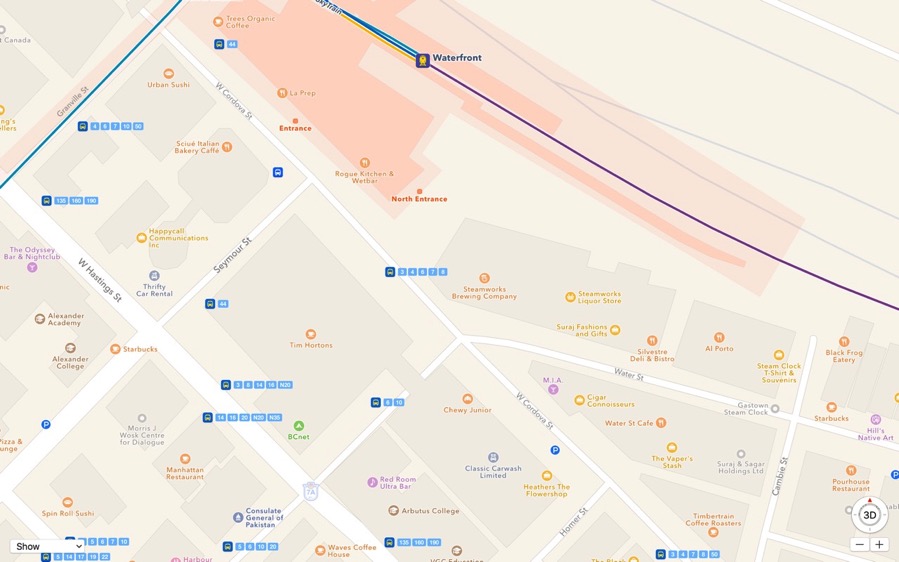 The backend update will start rolling out today for iOS 9 users later today, explains Apple, with support for transit systems, plus also have “precisely mapped” entrances and exits for subway stations, for those using SkyTrain or the Canada Line in Metro Vancouver.

When a user taps a subway entrance or exit, they will get to see information such as whether stairs, escalators, elevators are available, plus accessibility details.

Apple said the Apple Maps update will also add nearby locations support to find points of interest such, to locate places to eat, shop and more.

The addition of transit support for Vancouver and Victoria add to other Canadian cities, Montreal and Toronto. Let us know if you’re seeing transit options in BC.

Great to see more transit support is here, but Apple Maps still lags behind Google Maps when it comes to pretty much everything.