Apple Sends Out Media Invites to WWDC19 on June 3

Apple announced its dates for WWDC19 back in March, confirming dates of June 3-7, 2019. Today, the company has sent out invites to the media ahead of the annual developer conference, set to take place in San Jose, California. 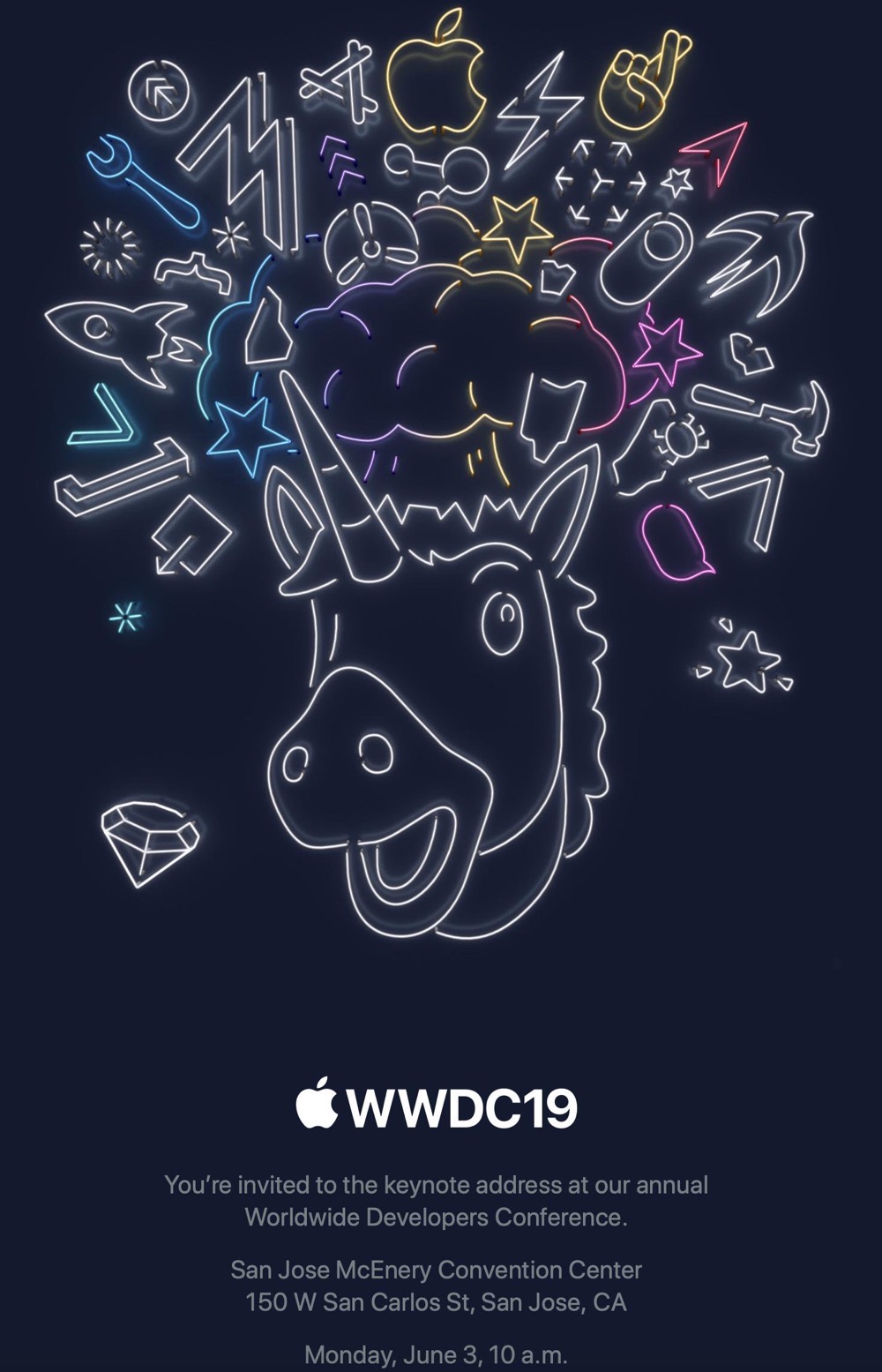 The invite features an image of a unicorn, from the company’s Animoji, and says, “You’re invited to the keynote address at our annual Worldwide Developers Conference,” at the San Jose McEnery Convention Center, with the keynote set for 10AM PDT on Monday, June 3.

Apple is expected to preview the next versions of iOS, macOS, watchOS and tvOS at its developer conference, laying the groundwork for potential new iPhones and other products coming this fall. The WWDC keynote will be live streamed again and we’ll be providing full coverage of the day’s announcements, so stay tuned.