Apple opened its latest store in Chicago today, Apple Michigan Avenue, located along the Chicago River. The iPhone maker worked closely with the City of Chicago to integrate a design just for the riverfront site. 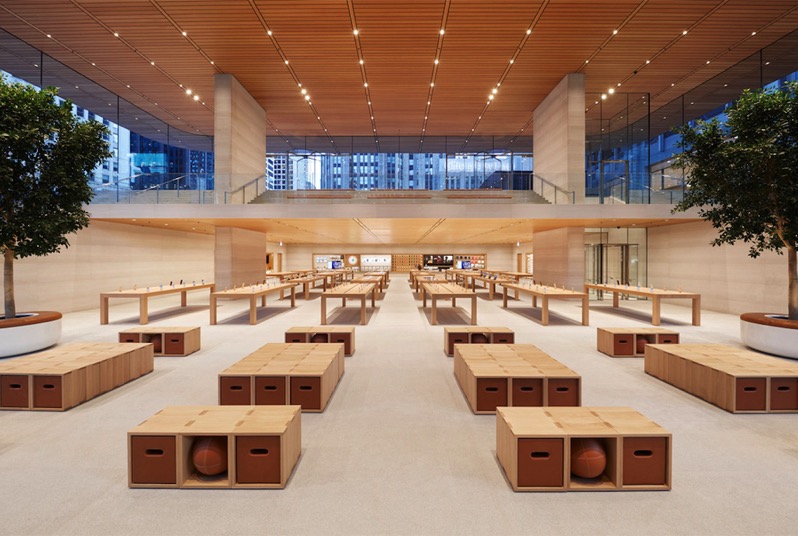 The new location features a massive 111 x 98 foot carbon fibre roof—supported only by four interior pillars—resembles a MacBook lid, as it sits atop massive 32-foot unobscured glass facades, blending the location with the Chicago River, Pioneer Court and Michigan Avenue. 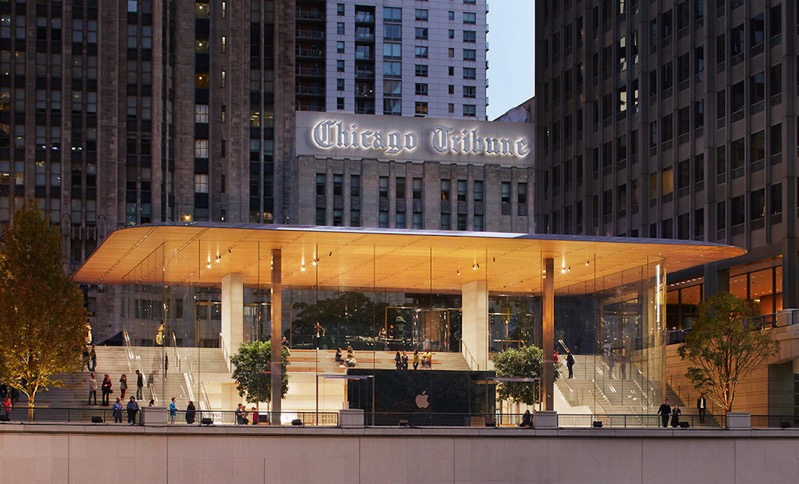 “When Apple opened on North Michigan Avenue in 2003, it was our first flagship store, and now we are back in Chicago opening the first in a new generation of Apple’s most significant worldwide retail locations,” said Angela Ahrendts, Apple’s senior vice president of Retail, in a press release.

“Apple Michigan Avenue is about removing boundaries between inside and outside, reviving important urban connections within the city,” said Jony Ive, Apple’s chief design officer. “It unites a historic city plaza that had been cut off from the water, giving Chicago a dynamic new arena that flows effortlessly down to the river.” 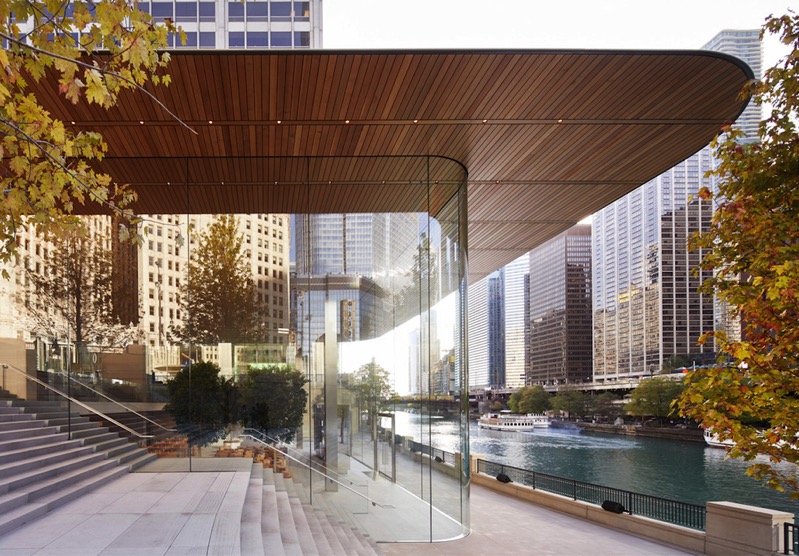 Here is Stefan Behling, the head of studio and senior executive partner of Apple’s architecture partner, Foster + Partners, talking about the new store to the Chicago Sun-Times:

Taiwan Semiconductor Manufacturing Co. (TSMC), Apple’s primary chip supplier, will also produce advanced 4-nanometer chips at its $12 billion USD under-construction manufacturing facility in the U.S. state of Arizona — reports Bloomberg. The information comes from people with knowledge of the matter, who said TSMC will announce the new plan next week during a ceremony at...
Nehal Malik
46 mins ago