Mysterious Apple Minivans Are Being Spotted in the Wild [VIDEO]

According to a report by AppleInsider, a number of sensor-laden minivans said to be owned by Apple have been spotted in the wild. One such vehicle has been captured on video as well in Palo Alto, California, by a MacRumors reader while driving past a residential side street located approximately 10 miles from Apple’s headquarters in Cupertino. 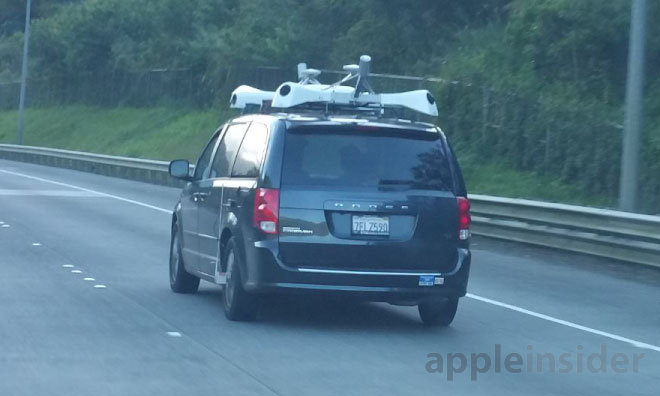 While these Apple van sightings have surfaced at a time when back to back car-related rumours have hit the web, claiming that Apple may be developing a self-driving vehicle at a top-secret research lab located near the company’s headquarters, the source believes that it’s more likely that Apple is merely using them to improve its Maps service, given that the mysterious vehicles would require special permits if they were actually self-driving automobiles.

Meanwhile, Gene Munster of Piper Jaffray has said in an investors note that taking just a 10% share of the total U.S. car market would represent a new $50 billion revenue opportunity for Apple. He also said that early feedback from investors on the prospect of a so-called “Apple Car” has been positive.

If Apple could achieve just a “moderate success” of 10 percent in the U.S. car market, Munster said it could mean $50 billion in new revenue for the Cupertino, Calif., company. That would be a massive increase of 23 percent over his current estimates for fiscal year 2015.

He believes many on Wall Street continue to wonder what new product categories could “move the needle” for a company the size of Apple. “We believe the potential for a car gives investors something, along with the Watch and TV, to look at as the next big thing for Apple,” he wrote. “We believe this hope should be positive for the multiple on shares of AAPL and help support the stock over the next six months.”

Check out the following video of a mysterious Apple owned minivan in Palo Alto and tell us what you think: