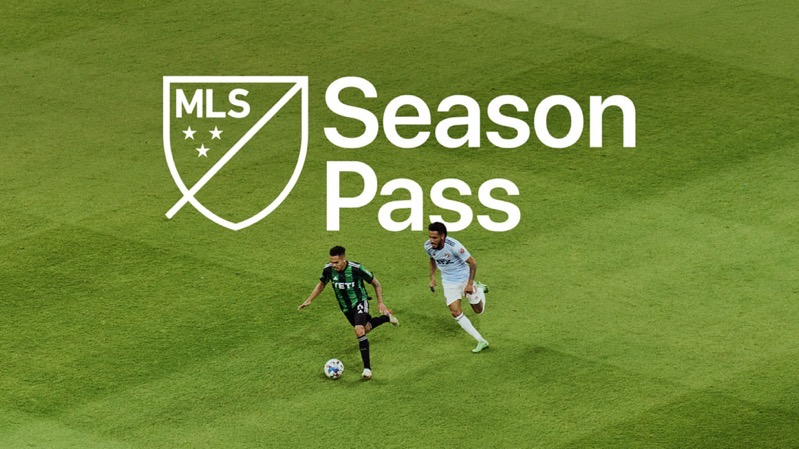 This subscription service will be available for soccer fans in over 100 countries and regions, offering every live MLS regular-season match, all playoff games and Leagues Cup, all without blackouts, to billions of devices through the Apple TV app.

This announcement is part of a 10-year partnership between Apple and MLS, which is being called “a historic first for a major professional sports league.”

“There isn’t a more perfect time to introduce MLS Season Pass, coming off the heels of the most dramatic MLS Cup in history and with MLS as the fastest-growing soccer league in the world,” said Eddy Cue, Apple’s senior vice president of Services, in a statement. “We’re counting down the days to February 2023 when fans everywhere can enjoy MLS Season Pass on billions of devices — all with no blackouts.”

“We could not be more excited to bring our fans MLS Season Pass, a new home for all MLS matches and a wide variety of league and club content they can’t get anywhere else,” added Don Garber, MLS’s commissioner. “We have the most engaged and passionate fans in sports, and now they’ll have every match everywhere with MLS Season Pass.”

As for MLS season pass pricing? Canadian pricing for this Apple MLS subscription will be announced at a later date, said the company. But U.S. pricing is as follows and may give us an idea of what to expect for Canada:

Apple says there will be an Apple TV sleeve patch on all 29 clubs in different colours.

Apple has released iOS 16.1.2 for iPhone users, offering “important security updates” and some enhancements. The download comes in at 336.2MB for the iPhone 14 Pro Max. Apple says the updates include improved compatibility with wireless carriers, while there are Crash Detection optimizations for iPhone 14 and iPhone 14 Pro models. There is no release […]
Gary Ng
4 days ago

Apple on Monday evening announced the best apps of the year, as part of its annual App Store Awards for 2022. These awards highlight 16 apps and games that “inspired users to engage more deeply with the world, expand their imaginations, and stay connected to friends and loved ones.” Winners were chosen by Apple’s global […]
Gary Ng
5 days ago

With Black Friday being sooo yesterday, Cyber Monday has arrived to grace us with more deals on Amazon Canada. Most of the deals appear to be an extension of Black Friday sales, which have appeared earlier and earlier this year. Check out the top Cyber Monday deals from Amazon Canada for 2022 below… Amazon Devices […]
IIC Deals
6 days ago