Apple Music is ready to help celebrate Canada’s upcoming 150th birthday, by counting down to the top 150 Canadian songs of all-time, over the next three weeks, with four playlists comprised across all genres.

Canadians can start listening to songs 101-150, plus an additional 50 songs showcasing top tracks from “The Next Generation” of Canadian artists, curated by Apple Music editors. 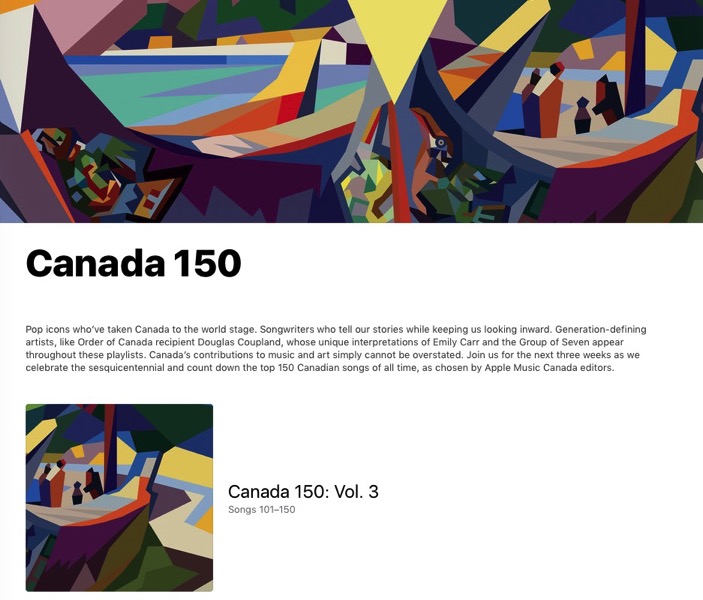 Coupland told iPhone in Canada about the project, “Music is one of the purest expressions of life. To me, these works evoke Canada as I’ve experienced it through art, from kindergarten onwards and I’m bringing ideas from past and propelling then into the future.”

To get started counting down the top Canadian songs leading up to Canada Day, just click here or visit applemusic.com/canada150.