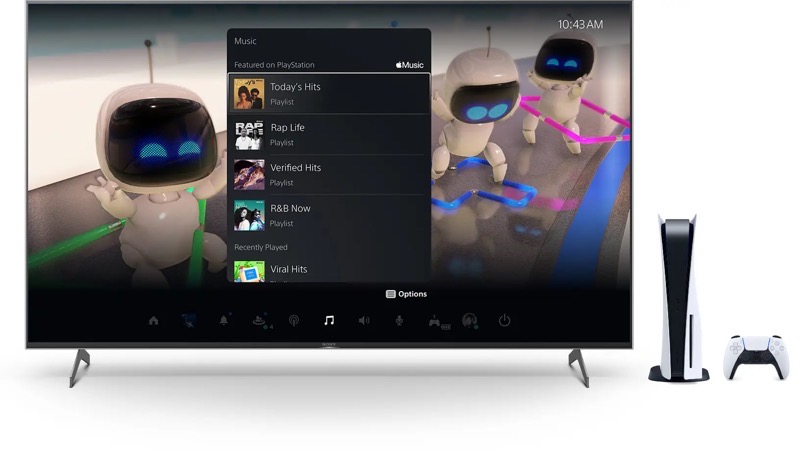 Sony has announced Apple Music is rolling out worldwide on PlayStation 5.

“For those of you who love listening to music in addition to playing games, we are pleased to announce that Apple Music is launching on PS5 – the first gaming console to introduce an integrated Apple Music experience, bringing their expansive music catalog to PS5 players globally,” announced the company on Wednesday.

As of today, PS5 users with Apple Music subscriptions can listen to all of the streaming music services offerings on their gaming console. Integration means you can listen to Apple Music as the background music before, during and after your gaming session.

The Apple Music app for PS5 can be launched by tapping the PS button on the DualSense controller, then hitting up Control Center and selecting the Music Function card.

“To get started, PS5 owners can download the Apple Music app from the Media space on PS5, and follow the on-screen instructions to link their Apple Music account,” explains Sony.