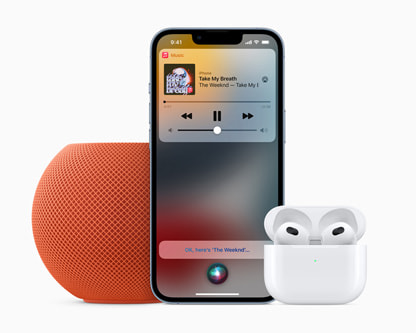 The new Voice Plan is designed exclusively around Siri, giving subscribers “access to the service’s catalogue of 90 million songs; tens of thousands of playlists, including hundreds of brand new mood and activity playlists, personalized mixes, and genre stations; as well as the award-winning Apple Music Radio — all through Siri,” says Apple.

Apple will offer a one-time, 7-day free trial of the new subscription tier (no auto-renewal) to non-subscribers when they ask Siri to play music.

“Apple Music and Siri are natural partners and already work seamlessly together,” said Oliver Schusser, Apple’s vice president of Apple Music and Beats, in a statement. “With Siri actively used on hundreds of millions of devices worldwide, we are thrilled to add this new plan that delivers an effortless music experience just by using your voice and makes Apple Music accessible to even more people around the world.”

Users can get Siri to start the trial by saying, “Hey Siri, start my Apple Music Voice trial,” or subscribe to the Voice Plan through the Apple Music app. Apple Music Voice subscribers can ask for music to be played across all of their Siri-enabled devices, including HomePod mini, AirPods, iPhone, or any other Apple device. The plan also works with CarPlay.

Subscribing to the Apple Music Voice Plan will give users access to a customized in-app experience, with suggestions based on the listener’s music preferences and a queue of recently played music through Siri. There will also be a new ‘Just Ask Siri’ section in the app, full of tips to optimize Siri for Apple Music.

The Apple Music Voice Plan launches later this fall in 17 countries, including the U.S. and Canada. Local pricing to follow, stay tuned.

Quora has just opened public access to its AI chatbot ‘Poe,’ which lets people ask questions, get instant answers, and have back-and-forth conversations. Poe allows users to ask questions from a range of AI chatbots, including those from ChatGPT maker OpenAI, as well as other companies like Anthropic. Quora’s chatbot is currently available on iOS, but...
Usman Qureshi
1 hour ago