Apple has confirmed its attendance at the upcoming Nueral Information Processing Systems (NeurIPS) conference, the world’s largest of its kind, next month. 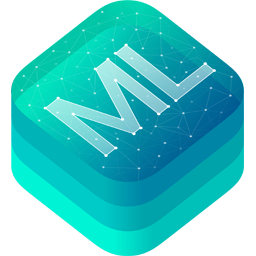 The event takes place in Montréal, and Apple will be hosting a booth at the event with its own machine learning experts on hand.

“This December we’ll be in Montreal, Canada, attending the 32nd Conference on Neural Information Processing Systems (NeurIPS),” says Apple in a blog post. “We’ll have a booth staffed with Machine Learning experts from across Apple who would love to chat with you. Please drop by if you’re attending the conference.”

NeurIPS, in its 32nd year, is arguably the world’s largest and most influential machine learning and artificial intelligence conference.

“Apple is dedicated to advancing state-of-the-art machine learning technologies,” Apple continues. “As part of this, we’re building a team of exceptional researchers and engineers who can infuse intelligence into our devices and services to touch the lives of millions of users every day.”

The conference booth is no doubt aimed at helping Apple getting a stronger foothold in the machine learning community, but the Cupertino company’s post also suggests that it intends to use the conference as an opportunity to attract new talent.

The post goes on to advertise 137 open jobs in the various fields of machine learning, including artificial intelligence, computer vision, data science and deep learning, machine learning infrastructure, reinforcement learning, language technologies and so forth.

“We’re looking for people with backgrounds in various areas of machine learning,” the post concludes. “If you are interested in applying to specific machine learning positions, please explore opportunities at Machine Learning Jobs At Apple.”