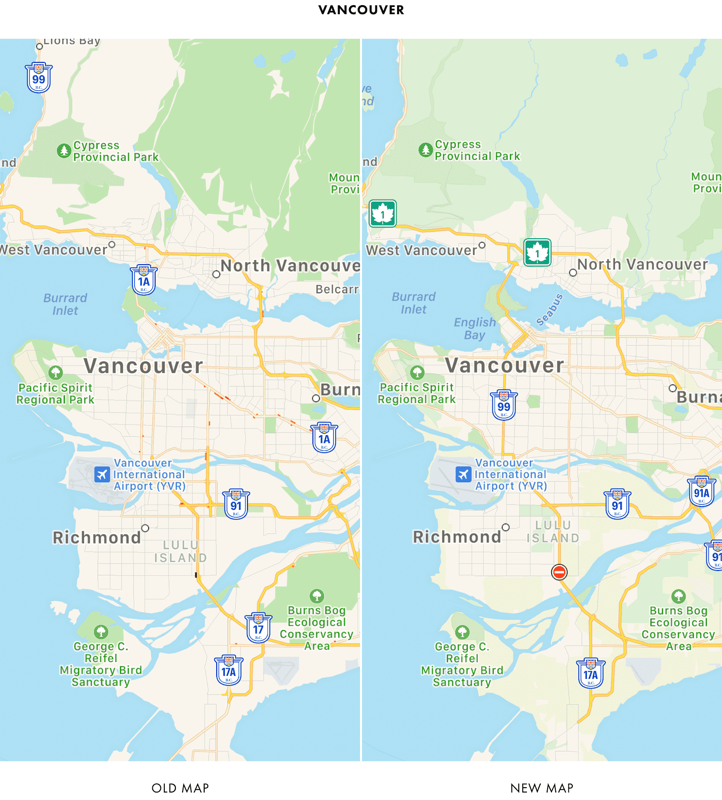 Back at WWDC, Apple announced three countries would be getting new versions of Apple Maps: Canada, the UK and Ireland.

On Monday, it appears Apple has started testing its new Apple Maps in Canada within iOS 14, as noted by Justin O’Beirne (via MacRumors).

According to O’Beirne, the addition of new Apple Maps in Canada will bring the largest expansion yet, adding roughly 3,855 square miles (6,204 km) of coverage.

“In the past, Apple has spent between 16 and 49 days publicly testing its earlier expansions,” explains O’Beirne, adding, “Given this, Expansion #10 is likely to be released for all Apple Maps users sometime in November.” 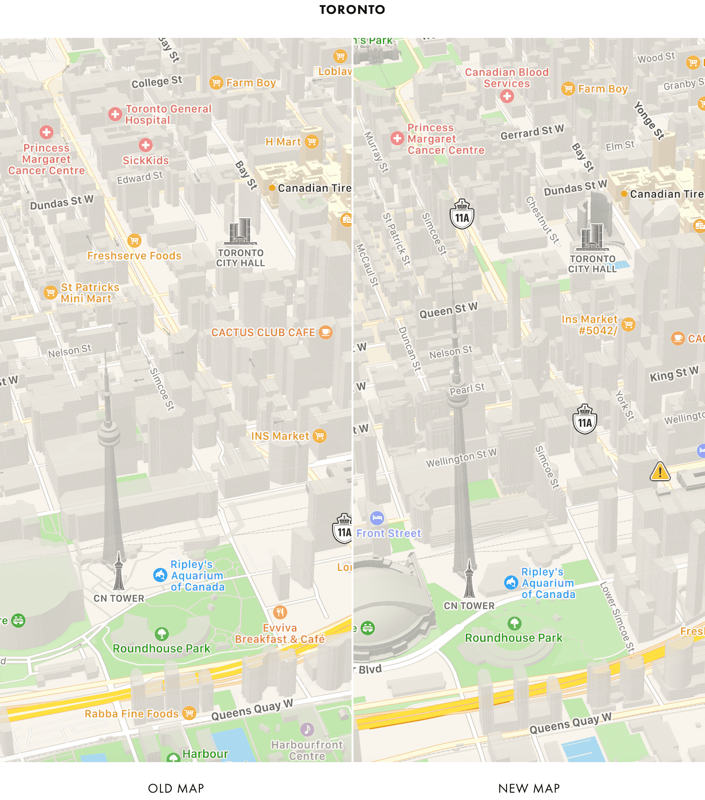 Screenshots comparing before and after of cities in Canada within Apple Maps were shared, including locations such as Toronto, Niagara Falls area, Calgary and Vancouver.

We can confirm we’re seeing the new version of Apple Maps in iOS 14.1. The images above shared by O’Beirne are showing in Apple Maps, with more details such as road closures and labels for major highways.

We’re still a heavy user of Google Maps, so despite Apple Maps gaining improvements in Canada, we won’t be switching over anytime soon. It’s great to see Canada getting some love for Apple Maps, when other Apple features such as Apple Pay Cash and Apple Card are unavailable here.