iOS 12.2 beta is the gift that keeps on giving. This latest developer beta includes the debut of Apple News in Canada (finally), and also evidence of “Hey Siri” setup for rumoured AirPods 2.

Today, we’ve been able to activate the landing page for this new service on Apple News running on iOS 12.2. It looks like the subscription service will be called “Apple News Magazines” and it will be associated to the user’s iTunes Store account, just like Apple Music. 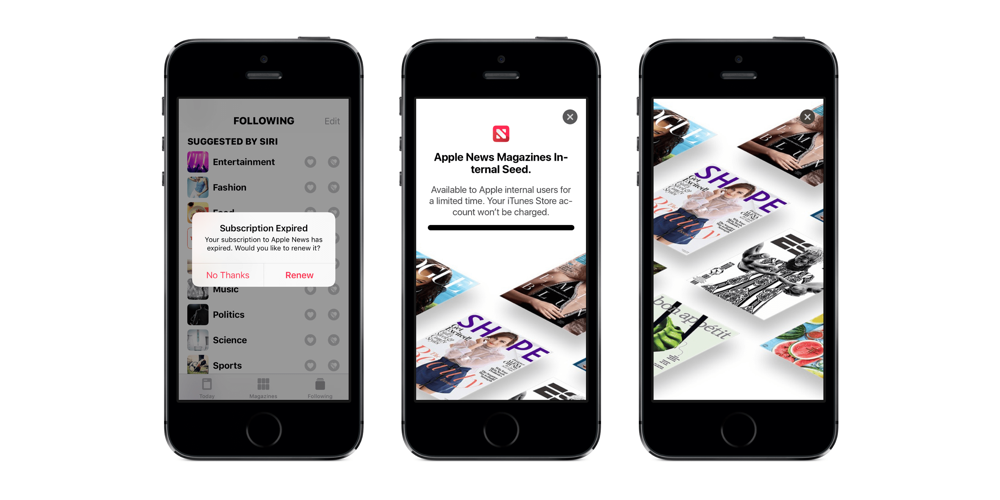 Rambo explains “There are many mentions of “bundle subscription” in this beta, which makes us believe this can be a part of Apple’s plan to release an all-in-one media subscription which will include Apple Music, TV shows and magazines.”

Back in June of 2018, The Information reported Apple was planning to launch an all-in-on subscription service which would include music, magazines and TV shows. Given what we’ve seen so far, it looks like some sort of all-in-one services bundle is coming soon from Apple, to rival the perks of subscriptions like Amazon Prime

Just how much would Apple customers be willing to pay for Apple Music, digital magazines and included Apple-produced TV shows? Let’s hope it’s included for free, but if not, a higher-priced bundle option most likely will be coming.