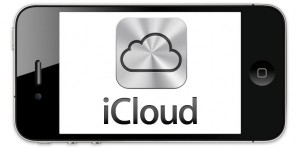 Do you have have multiple Apple IDs? If you’ve been looking for a solution to merge them into a single account, some evidence has emerged about the development of such an option.

A MacRumors reader emailed Apple CEO Tim Cook about his issue, and received a telephone response from an employee from Apple executive relations. The employee reassured the reader the Apple ID team was aware of the issue and he wasn’t alone with this problem. She went on to explain there is currently no way to merge accounts but it’s being worked on, and to stick with a single account for now. It appears more people have also been contacted by by Apple over this as well.

The migration from MobileMe to iCloud FAQ has been posted by Apple. The MobileMe transition to iCloud will result in 25GB of total storage, as previously reported.

Tim Cook has been quite busy responding to customer emails, as he previously responded to an iPhoneinCanada.ca reader regarding iTunes Match and its debut in Canada.