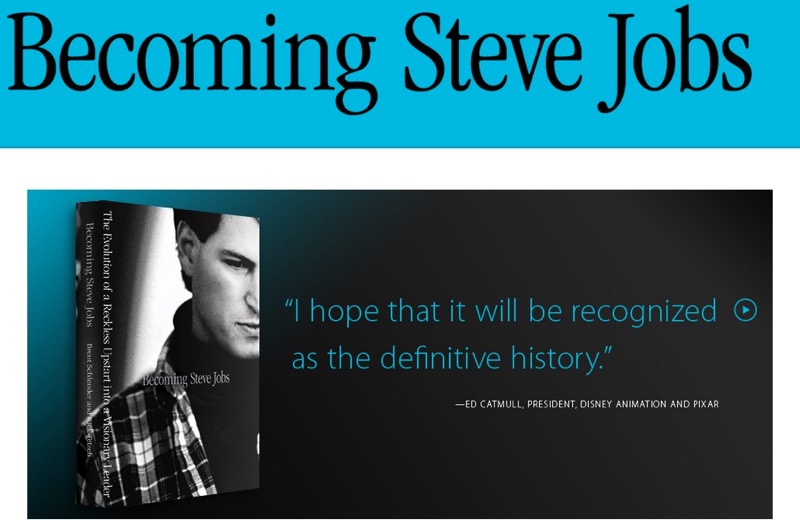 Becoming Steve Jobs, the new biography about the life of Steve Jobs, is set to be released in two days. As a part of a strong marketing push by Apple, the company is offering an exclusive free sample of the book.

Over the past several days Apple has been heavily promoting the book on its iBooks Twitter account as well as through iTunes marketing emails. Here is how Apple is describing the book on their digital bookstore:

“There have been many books—on a large and small scale—about Steve Jobs, one of the most famous CEOs in history. But this book is different from all the others. “

The sample includes the prologue and the first chapter of the book. The prolog of the sample features Schlender first interview with Jobs when he moved to NeXT. The full book is 17 chapters and offers a different outlook of Jobs’ life. UPDATE: the Canadian iBookstore now shows the exclusive sample. Download here.

The new biography about Steve Jobs authored by Brent Schlender and Rick Tetzeli, titled “Becoming Steve Jobs: The Evolution of a Reckless Upstart into a Visionary Leader,” is set to be released on March 24 (iBooks, Amazon).