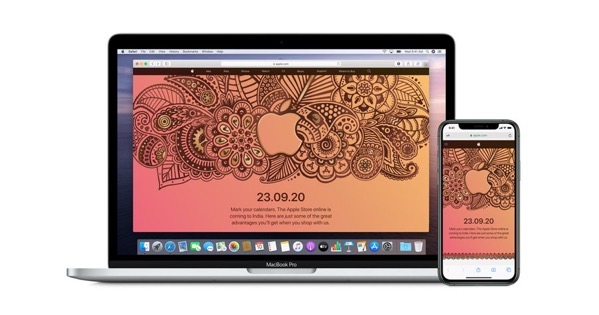 Apple announced on Thursday evening its online store is finally coming to India on September 23, 2020. Previously, only third-party Apple resellers operated the country and this marks the first time Apple’s full range of products and support will be available in the country.

“We’re proud to be expanding in India and want to do all we can to support our customers and their communities,” said Deirdre O’Brien, Apple’s senior vice president of Retail + People, in a statement. “We know our users are relying on technology to stay connected, engage in learning, and tap into their creativity, and by bringing the Apple Store online to India, we are offering our customers the very best of Apple at this important time.”

Apple will offer financing options, its trade-in program and other payment options, while also offer education discounts for students. AppleCare+ will also be available, while Today at Apple sessions will launch in October.

“We know how important it is for our customers to stay in touch with those they love and the world around them. We can’t wait to connect with our customers and expand support in India with the Apple Store online on September 23!”, said CEO Tim Cook

Apple says orders from the online store will ship with contactless delivery due to COVID-19.

Back in August, Apple confirmed its 2020 iPhone SE was being assembled in India, joining the production of the iPhone 11 as well.