Apple has started posting some commonly asked questions on product pages to hopefully ease any worries that customers may have before making purchases. It seems to be a joining of the Apple Support Communities at the bottom of the online Apple Store.

It allows for you to answer questions that others may have posed by simply signing in with your Apple ID and posting a response to any question. The MacBook Air already has over 1300 questions and Apple seems to be placing priority to the questions for someone looking to purchase a product.

For example, when looking to purchase a new iPad some of the questions showing up in the image below are regarding whether or not an iPad can replace a laptop or if the new iPad will still work with the old Smart Cover.

So what do you guys think about the new structure? Digging the way Apple uses its enthusiastic fan base to bring in new customers? Or is this just another way for Apple to get people to potentially spend a few extra dollars and upgrade after reading through some questions? 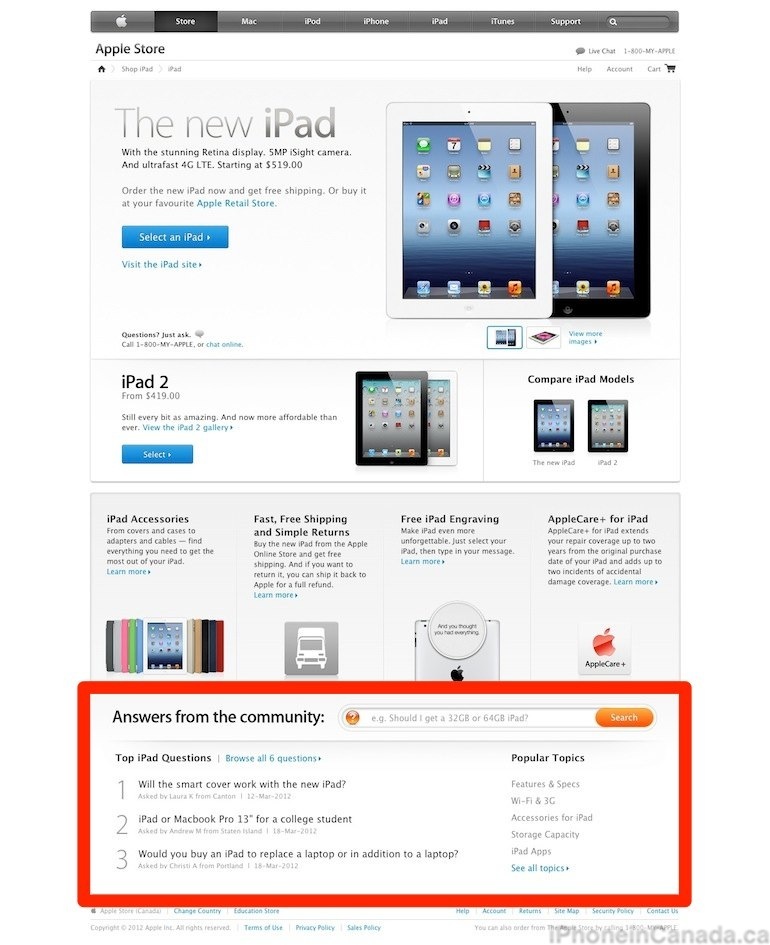