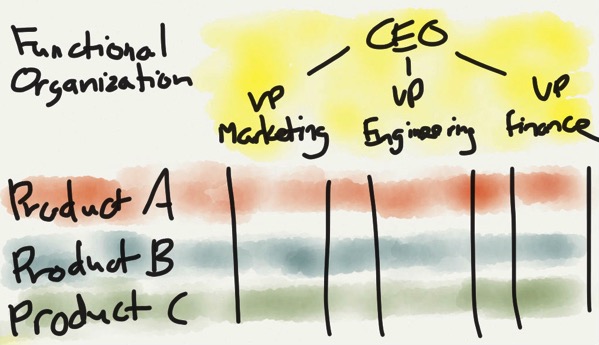 In a lengthy article over at Stratechery, technology writer and consultant Ben Thompson has discussed Apple’s organizational and product-development methods, highlighting the fact that while the company continues to produce great products, thanks to its “unitary organizational form” also known as “functional organization”, the services portion of its business is not quite up to the mark.

“The entire reason Dupont started making paint was that the manufacturing process was very similar to gunpowder; the problem is that gunpowder sold on a tonnage basis to huge buyers (like the army), while paint was sold to individual customers in stores. The product may have been very similar but the business model was entirely different. The end result was that Dupont was using a sales and marketing organization that was built around selling to large customers to get their paint into retail stores, and it was massively inefficient; the more paint Dupont sold, the more money they lost”.

Referring to Dupont, Thompson is implying that while Apple’s “iPhones may be gunpowder”, the company’s “services are paint”. The reason for that he believes is that the company needs to dramatically change its organizational and product-development approaches. He goes on to say that just as Dupont learned that having a similar manufacturing process did not lead to similar business model, having iPhone customers does not mean Apple is necessarily well-equipped to offer those customers compelling services.

Apple will not fix the services it already has, or deliver on the promise of the services its hardware might yet enable, unless a new kind of organization is built around these services that has a fundamentally different structure, different incentives, and different rhythms from Apple’s device teams”.