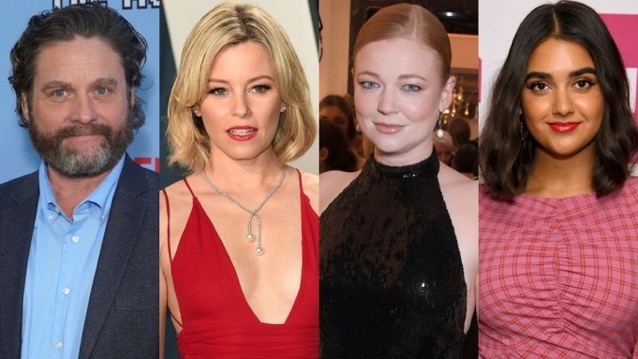 Inspired by the story behind one of the biggest speculative crazes that blazed through American culture in the ’90s, “The Beanie Bubble” pulls back the curtain on the absurdities and injustices of the American Dream, particularly the female relationship to it.

Written by Gore, who also co-directs alongside Kulash, “The Beanie Bubble” marks the first film order to hail from an exclusive first-look deal between Apple and Imagine Entertainment for scripted films.

“It’s a celebration of the women who helped power Ty Warner’s success, whose strengths and good instincts shaped and amplified the phenomenon, but whose names are not on the Beanie Babies’ heart-shaped tags.”

The married directing duo developed the story together, and Gore wrote the screenplay, which is based on the book “The Great Beanie Baby Bubble: Mass Delusion and the Dark Side of Cute.”

“The Beanie Bubble” will premiere exclusively on Apple TV+ at an announced date.