Apple Working on Customizable Over-Ear Headphones for ‘Later This Year’ 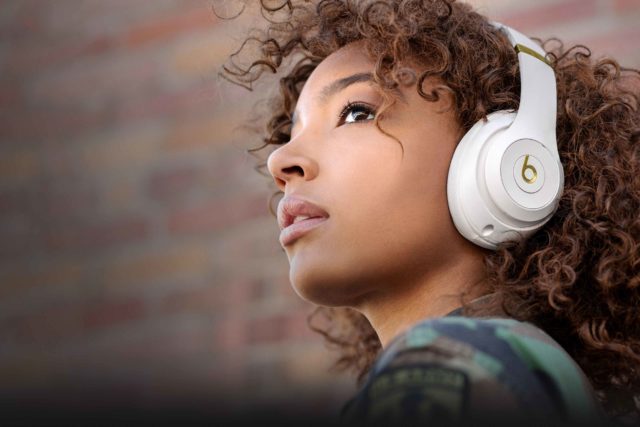 Back in 2018, we learned that Apple was working on noise-canceling, over-ear headphones that would rival high-end products from the likes of Bose. Things have been pretty quiet since.

Citing people familiar with the matter, a new report from Bloomberg claims the company is working on two versions of the headphones — a premium model with leather-like fabrics, and a fitness-focused version that uses lighter, more breathable materials.

Mark Gurman and Debby Wu report that Apple’s over-ear headphones will feature components including ear pads and headband padding “that can be swapped in and out” via a magnetic modular system that “will allow users to customize their headphones as they do with the Apple Watch.” In addition to enabling an element of personalization, this will also prove handy for those who’d like to occasionally switch between comfort and fitness use.

New story: Apple is preparing high-end noise cancelling headphones — but with a twist: the ear cups and headband are magnetic so you can swap them out like you can customize an Apple Watch https://t.co/C2RLdiGfdl

Bloomberg’s sources say the Apple headphones don a ‘retro’ aesthetic, complete with swiveling, oval-shaped ear cups joined to a headband by thin, metal arms. The arms supposedly extend from the top of the cans instead than the sides, meaning the pair will look nothing like the category-leading Bose 700.

Apple’s noise-cancellation technology from the AirPods Pro will reportedly feature, as will Siri voice control and integrated touch controls. The headphones are aimed at the high-end offerings from Bose, Sennheiser, and Sony which retail around $350.

The report also states these headphones have been delayed. “The Apple headphones have been in development since at least 2018 and their launch has been postponed at least twice, people familiar with their progress said,” reads the report. “The company aims to unveil the product later this year, however complications during final development or from the COVID-19 pandemic could affect the timing and features again, they added.”

Apple’s first non-Beats-affiliated over-ear headphones could launch during the online WWDC 2020 event, where we expect to see the MacBook Air 2020, iOS 14, and more.