Apple is leading the way in overhauling the renewable energy market in Taiwan, where the Taiwan Semiconductor Manufacturing Company (TSMC), iPhone maker’s key chip supplier, has committed to procure all of their energy from renewable sources by 2030 at Apple’s urging (via Quartz). 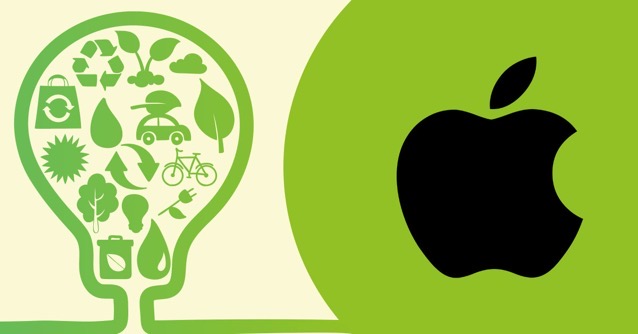 Greening its supply chain is crucial to Apple’s goal to have a net-zero carbon footprint by 2030. Only about 1% of the company’s emissions come from its own stores and offices, whereas almost all the rest are from the factories that produce its products.

In Taiwan, where 90% of electricity comes from coal, natural gas, and nuclear, there isn’t enough clean energy to meet the new demand from Apple and other tech companies.

“In the case of Apple, pushing renewable energy is challenging because their suppliers are in markets where the local renewable energy capacity isn’t in place,” said Dexter Galvin, global director of corporates and supply chains at the UK-based Carbon Disclosure Project.

The TSMC offshore wind deal was the first by a tech supplier in Taiwan. Richard Hsu, an energy consultant in Taiwan, said the semiconductor company was eager to get ahead of its competition in catering to Apple.

Hsu, however, said that there’s still more the country needs to do to move the market forward, including training auditors, either in government or in independent agencies, to evaluate and certify renewable energy certificate (REC) deals.

Users who have updated their Macs to last month's macOS 13.2 release are reporting that their Pioneer CD/DVD drives are no longer working (via MacRumors). Apparently, the latest version of macOS Ventura is not compatible with Pioneer's lineup of USB-connected CD, DVD, and Blu-ray drives for the Mac. Apple rolled out macOS 13.2 with support for...
Usman Qureshi
42 mins ago

Orbital Knight’s Castle Crumble has just arrived on the Apple Arcade, allowing you to embark on an adventure and conquer a variety of kingdoms. In Castle Crumble your goal is clear - castles must fall. You play to become a hero in far fantasylands. 🏰 New Release 🏰 Castles. Must. Fall. In Castle Crumble from @orbital_knight, you'll...
Usman Qureshi
55 mins ago