Apple has been granted a new patent today for their upcoming over-ear headphones with support for touch gestures and headphone rotation detection. 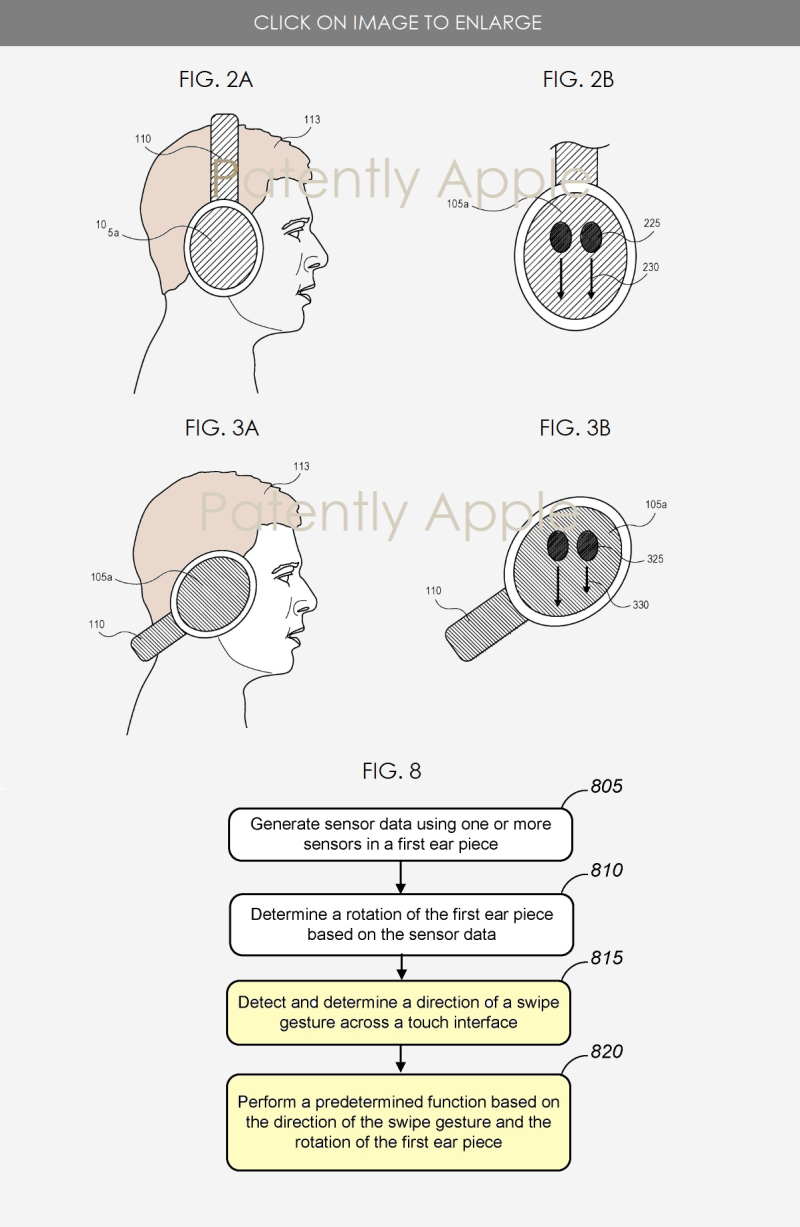 A new report from Patently Apple explains that the patent goes into detail on the touch-based input surface of the new headphones. The surface will detect taps and swipes to perform various actions such as changing volume or playing and pausing music.

“The systems and methods described herein may be used, for example, to detect a gesture (e.g., a swipe) received as user input on a touch interface of the headphones, such as a touch interface integrated into an ear piece,” explains the patent. “The gesture may be made in a particular direction, such as down toward Earth.”

Those gestures could do all kinds of things including swiping up to increase the volume and down to decrease it. For that to work properly, Apple wants the headphones to know their orientation – whether they’re placed around a neck or on a head. It wants to make sure that up is up, for example.

“Some embodiments of the disclosure provide systems and methods of detecting headphone rotation to properly process user input to the headphones… Headphones may be worn in a plurality of configurations, such as upright with the headband around the top of the head, downward with the headband around the back of the neck, or anywhere in between,” the patent continues. “Thus, the systems and methods described herein may be used to determine the rotation of the headphones in order to properly ascertain the intended gesture and perform an intended result.”

The headphones are expected to come with some Airpods Pro features including automatic pairing, auto-pause and resume, and active noise cancellation. Other than that, it is also reported that it will be launched in two different models, with one being a premium option and another being a lite and sports version. There are also rumours suggesting that the headphones will allow users to switch to different ear cups with the magnetic attachment.

Apple is expected to announce its over-ear headphones — likely to be called AirPods Studio — before the end of this year. They will be modular headphones and will compete against the likes of Bose, at a price of $349 USD.