A new Apple patent application published today by the U.S. Patent and Trademark Office (USPTO) has revealed a method by which the Cupertino company plans to weatherproof iPhone’s connectors, including the audio jack (via AppleInsider). The application titled “Electronic device with hidden connector” describes a method that buries sensitive electrical device contacts beneath a layer of self-healing elastomer, allowing connectors to penetrate without leaving lasting aesthetic or structural damage. 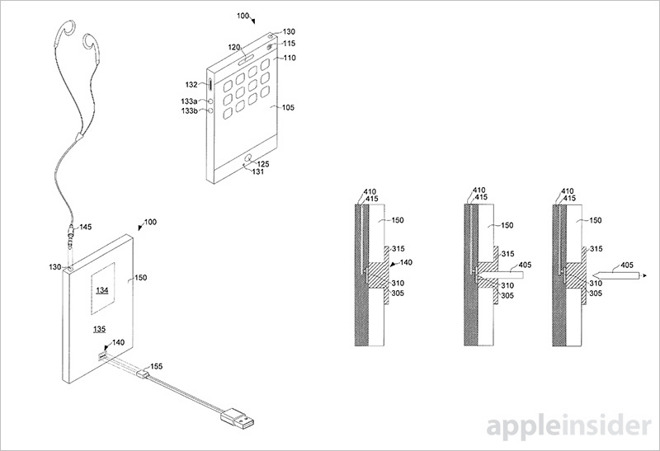 Apple’s invention specifies silicone materials like polymerised siloxane, that have the ability to “heal” themselves after penetration or other structural damage by reforming chemical bonds to regain mechanical properties. Apple says that an ideal elastomer would be able to regain at least 90 percent of its original tensile strength in the penetration region. Ideal elastomers would be mixed with other materials to achieve a color matching that of the portable device to which it will be applied, for example black or white for iPhone. 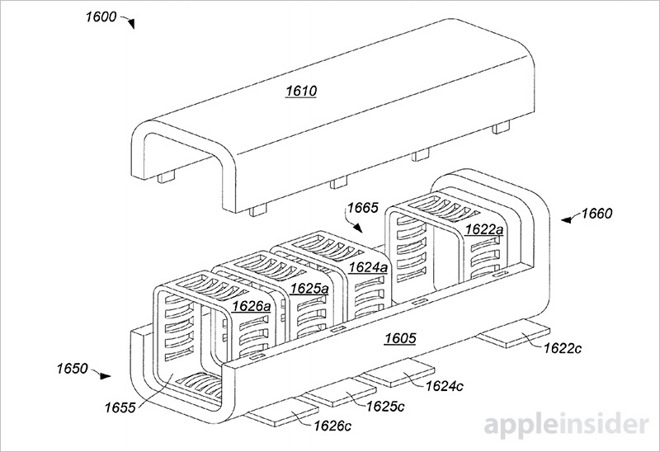 The filing also details how sharp probes designed to pierce the self-healing elastomer might be integrated into a connector body or plug, such as Apple’s Lightning protocol.

Of particular interest is a well detailed example involving common 3.5mm audio plugs. According to Apple’s document, self-healing elastomers can be applied to the opening of a headphone jack, as well as inside the cylindrical housing, to protect the exposed contacts from liquid, dust and other contaminants. The layer or layers of elastomer can be penetrated by a headphone plug, then reseal when the connector is removed.

In another example the entire audio jack is completely filled with elastomer, with conductively doped bands of material interspersed over audio jack contacts to better interface with tip-ring-ring-sleeve (TRRS) conductors on a 3.5mm audio plug.