Following the Monday launch of Apple Pay alongside iOS 8.1, Canadian iPhone 6 and iPhone 6 Plus users have been wondering if they can use this convenient payment method if they visit the US. Well, it turns out they can, and if the reports are correct, they can even use it in Canada at certain locations. 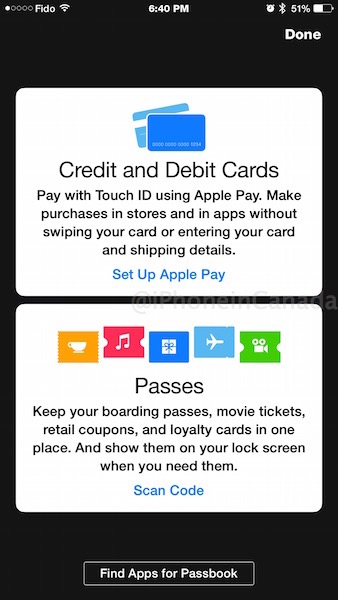 Canadians haven’t been the only ones curious to know if they can pay with their iPhone at contactless terminals – so have Australians. And as it turns out, it is possible: iPhone users across the globe can take advantage of Apple Pay, but there is a catch.

As the tutorial we’ve shared with you shows, you first need to set your location to the United States to be able to set up Apple Pay. After setting it up, iPhone in Canada reader Marvin reported yesterday that he was able to pay with his iPhone at Starbucks and McDonalds Canada.

Today, another report from Australia, Beau Giles reveals (via MacRumors) that Apple Pay can indeed be used internationally where (MasterCard’s PayPass, Visa’s payWave, American Express’ ExpressPay, or) the familiar contactless logo is displayed.

The only problem is that since Apple Pay is currently limited to US banks, you need to own a credit card issued by one of the already participating banks. On the downside, though, for international use there is the conversion fee, which could increase costs. However, if you have one of the cards listed on Apple’s support page Apple Pay will work. If not, maybe it’s time to call your American friend to buy you a prepaid card from American Express, Chase or Wells Fargo.

And finally, here is video of how Apple Pay works in Canada: