Apple has updated its developer page on Apple Pay to list some payment platform companies ready to integrate the mobile wallet into your iOS app. Below are the suggested companies Apple lists for developers looking to target apps in Canada: 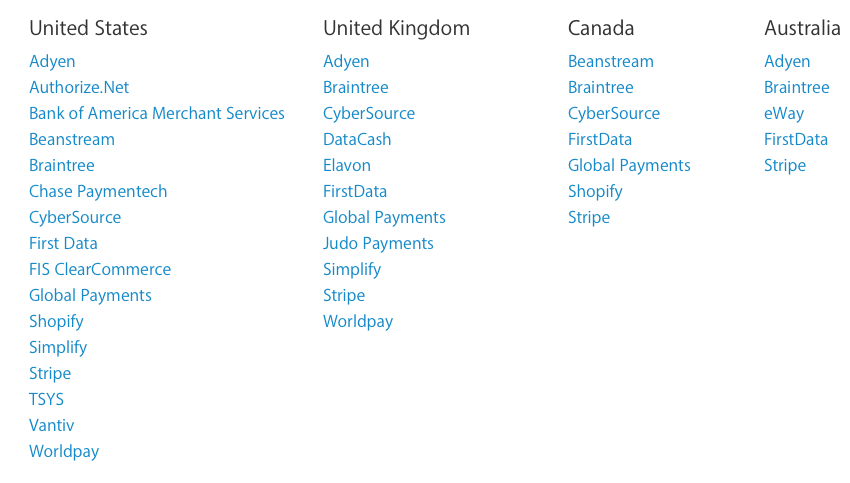 Included is Ottawa-based Shopify, which went public back in May at $17 per share. 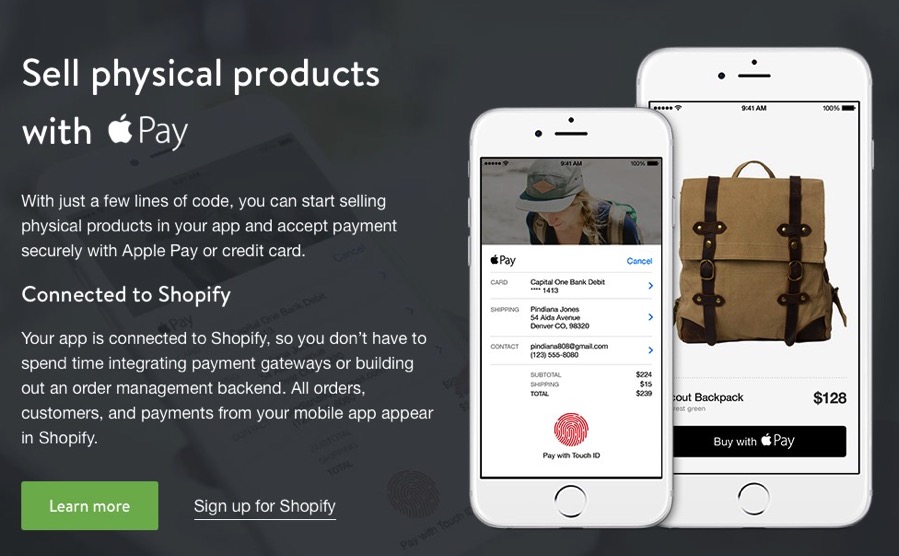 By integrating Apple Pay into apps as a way to accept payments, it allows businesses to streamline purchases for customers, as users do not require entering in credit card details, but rather just the tap of their fingerprint on Touch ID. Apple Pay launched on November 17 in Canada, limited to cards issued by American Express.