Apple Pay has expanded to its sixth market, reaching the city-state of Singapore, for American Express cardholders. In a statement to iMore, Apple said the following:

Starting today, Apple Pay is available for eligible American Express issued credit cards in Singapore,” Jennifer Bailey, VP of Apple Pay, told iMore. “So customers can now pay in an easy, secure and more private way. We’re also thrilled to share that credit and debit cards from Singapore’s most popular banks, including DBS, UOB and Standard Chartered will work with Apple Pay in the coming months — so even more people can experience the best way to pay from their iPhone, Apple Watch or iPad. 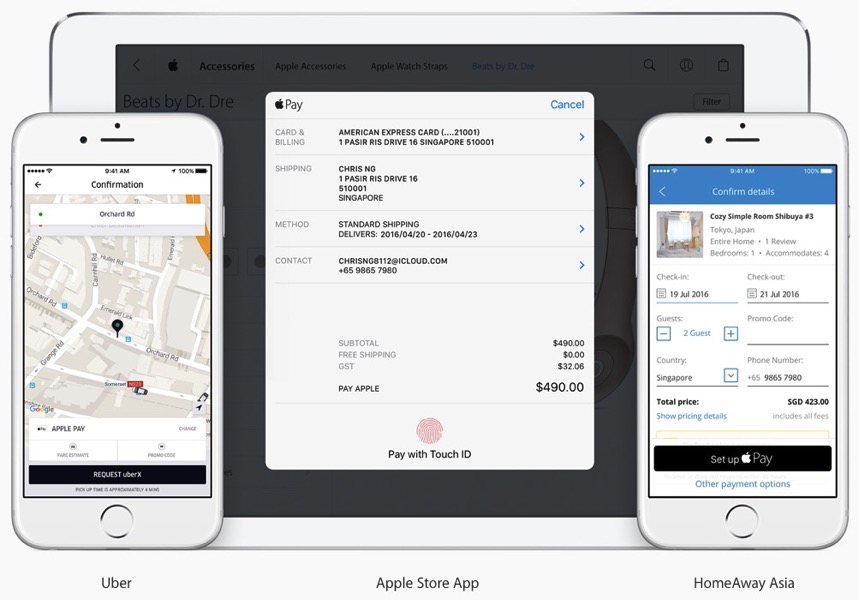 At launch, the following stores will support Apple Pay:

Aside from Singapore, Apple Pay currently is available in Australia, Canada, China, the United Kingdom, and the United States. News of Singapore supporting Apple Pay was first announced by Apple last October, during the company’s 2015 Q4 earnings call, which also confirmed the mobile wallet for Canada.

While local banks in Singapore DBS, UOB and Standard Chartered are set to support Apple Pay with debit and credit cards soon “in the coming months,” many Canadians wish the same could be said of our banks here, who have yet to adopt Apple Pay.