More hints are coming that Apple Pay could expand in Canada, to France and launch in China this week.

Back in late December, Apple announced Apple Pay would launch in China for UnionPay cardholders, set for “early 2016”.

Now, Chinese bank partner Guangfa Bank (which supports UnionPay cards), has apparently leaked the Apple Pay launch date to customers via their WeChat account, noting a launch date of February 18, at 5AM local time, which will require iOS 9.2 or later or watchOS 2.1 or later (via Sina). 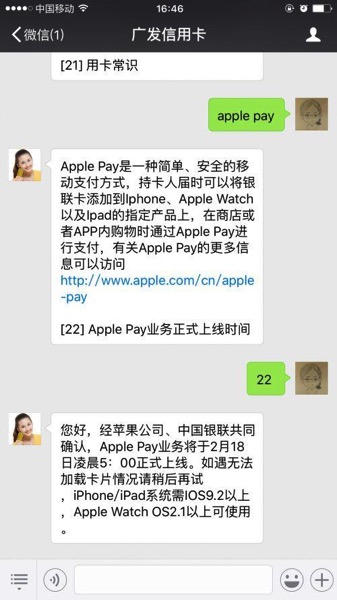 Meanwhile, PassKit source code within iOS 9.2.1 contains references to “NetworkInterac”, which is definitely evidence Apple Pay support from Canadian banks may be coming soon (thanks @chasefromm2016). 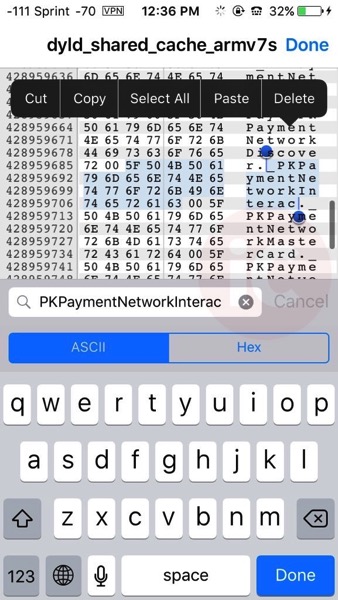 Reference to this was also discovered earlier via the Chinese Feng forums last month: 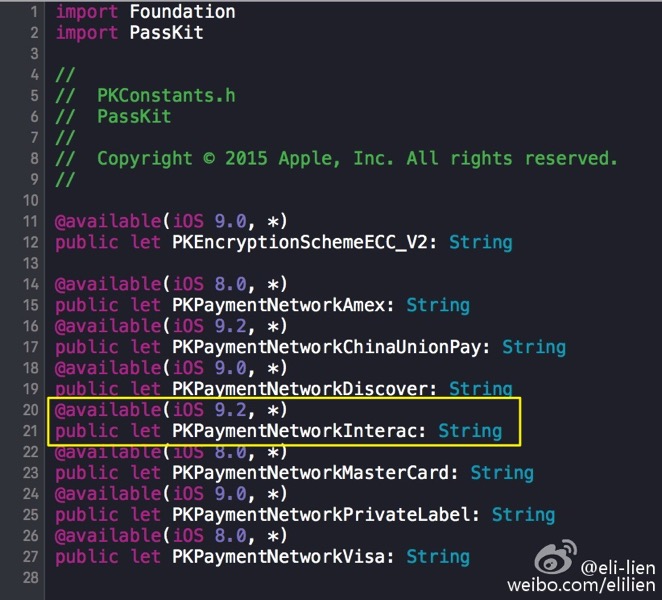 Interac was founded by RBC, CIBC, Scotiabank, TD, and Desjardins back in 1984 and is headquartered in Toronto. The group also includes the Bank of Montreal, Canada Trust, Laurentian Bank, National Bank and Credit Union Central of Canada, which joined a year later.

With Interac support from major Canadian banks, this would also likely include Visa and MasterCard support too, if it were to become available. Currently, Apple Pay in Canada only supports cards issued by American Express. Way back, TD Canada Trust accidentally leaked Apple Pay support on their website.

Other Apple Pay rumblings coming from iGen are noting sources claim Apple Pay is coming to France in the first half of this year, which could coincide at the company’s special event next month or even WWDC.

The bottom line is evidence of “NetworkInterac” in PassKit source code is a heavy indicator Canadian bank support for Apple Pay could be coming soon, either at next month’s iPad 3/iPhone 5se event (when iOS 9.3 arrives too?), or WWDC 2016.

The new ad-supported plan of Disney+ is now live in the U.S. at $7.99/month. Dubbed Disney+ Basic, the plan is expected to become available in Canada and other countries next year (via Reuters). Over 100 advertisers and brands, from LVMH to Marriott Hotels & Resorts, are participating in the launch, which Disney has been promoting...
Usman Qureshi
49 mins ago