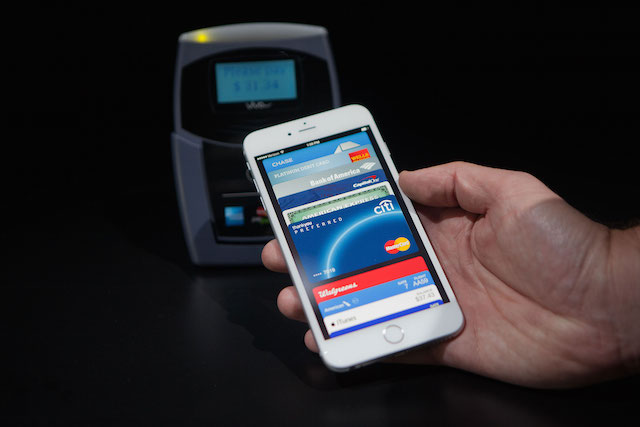 Western Union has today announced that its thousands of locations across the U.S. will start accepting Apple Pay as a way to transfer money and pay bills. Western Union’s flagship locations, a well as kiosks at more than 7,600 Walgreens and Duane Reade stores in the U.S., will all support Apple Pay for money transfers. Meanwhile, MasterCard, the official card of the Waste Management Phoenix Open, has said that it’s bringing Apple Pay to the PGA Tour beginning this week (via Finextra).

“Innovative payment options are a strategic focus for Western Union, and starting to accept Apple Pay is in keeping with the company’s blueprint for the future,” said Odilon Almeida, Western Union President, Americas and European Union. “Our customers’ needs and preferences are top of mind,” he added.

“Our customers have an expectation of using mobile technology to make money transfer service and product accessibility easier. Western Union is rising to the occasion as we harness our system with modifications to link cash and digital transfers between retail locations, mobile phones, prepaid cards, online and traditional bank accounts and ATMs,” said David Thompson, Executive Vice President, Global Operations and Technology and Chief Information Officer.

Western Union launched the Apple Pay money transfer service at its flagship 1440 Broadway in New York City, with more participating Western Union Agent locations to follow, where customers will be able to use their iPhone 6 to fund a Western Union Money Transfer transaction or bill payment.

Similarly, MasterCard users will be able to use Apple Pay at supported course concessions during the Waste Management Phoenix Open – which begins Thursday, January 29th on The Golf Channel. “We’re thrilled to partner with the PGA TOUR to bring contactless acceptance to stops on the 2015 schedule”, said Matt Barr, Group Head, U.S. Emerging Payments, MasterCard.

“Food and beverage concessions at the 2015 Waste Management Phoenix Open near the16th hole at TPC Scottsdale will be contactless enabled through a partnership with Prom Management Group, which provides catering to 38 professional golf tour events, allowing golf fans to make payments using Apple Pay, the easy, secure and private way to pay. This will be the first PGA TOUR stop to accept Apple Pay, when it debuts for fans attending the tournament later this week”.

Rob Ohno, PGA TOUR Senior Vice President of Corporate Marketing said that they are anticipating extremely large crowds this week at the Waste Management Phoenix Open and that “it only makes sense that this is the venue” where they should introduce Apple’s simple and secure mobile payment technology.