Back in September, an interesting comment from Apple CEO Tim Cook hinted that the iPhone may soon get Apple Pencil support and today, the US Patent & Trademark Office (USPTO) has published an Apple patent showing Apple Pencil working with the iPhone, along with an expanded array of applications for the iPhone and iPad, PatentlyApple reports. 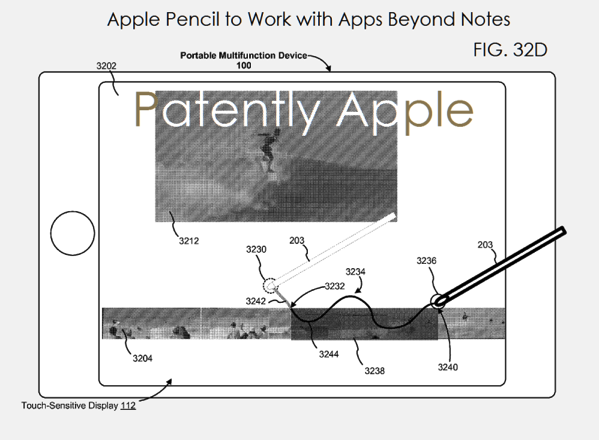 The filing’s illustrations and figures suggest that Apple pencil will one day work with apps beyond its current single app of ‘Notes’, including iMessage, iMovie and Final Cut Pro, on iPad as well as the iPhone. The above image illustrates an example of selecting a portion of video using a gesture that includes contact outside the timeline area.

The source notes that in addition to showing us that Apple Pencil will work on the iPhone and with different apps, the filing also discusses a new “restricted mode”.

Wonder how Samsung would react if the iPhone actually gets Apple Pencil support. Any ideas?