Yesterday morning, a story published by Boy Genius Report claimed to be a transcript representing Apple CEO Steve Jobs and an iPhone user named “Tom” engaged in a near heated email conversation.

BGR vouched for the email exchange indicating that is was legitimate. I mean, why would a blog make up a story? Right?

Without going too much into it, here are the statements originally attributed to Steve Jobs:

Email exchanges from the iPhone user known only as “Tom” took place between those statements above.

Soon after the email exchange was posted, Fortune’s Apple 2.0 reported that the entire email exchange between Steve Jobs and “Tom” was entirely fake, which is according to a statement from Apple PR.

The conversation was published Thursday by The Boy Genius Report and linked to by more than three dozen other sites. In it, a writer pretending to be Apple’s CEO tries several times to mollify a customer called “Tom” who is furious about the iPhone 4’s widely reported signal attenuation problem.

Adding to the drama is that BGR had already retracted the last statement (the one about retire, relax) that they had originally attributed to Steve Jobs. Now BGR claims the last statement came from “Tom”. At this point, it seems obvious that the email exchange was fabricated.

What makes this story even better is, apparently, the original email sender, “Tom”, was selling the story around to various blogs such as AppleInsider. After being denied numerous times, it seems that BGR decided to pick up the story.

To shed some light on the issue, AppleInsider explained very clearly what is going on here with these published email exchanges allegedly from Steve Jobs:

The incident highlights an emerging trend where blog sites quickly publish alleged email conversations with Apple’s chief executive under “exclusive” headlines designed to attract attention, with little or no effort made to either verify or or qualify the emails as potentially fake.

BGR definitely tags their story as “exclusive”, which is a clear tactic to draw attention. But if the story is fake, what does that say about the integrity of the blog? On the topic of the story being bought, it is unknown if BGR actually paid for the story, but if they did, I guess it goes to show that checkbook journalism usually gets you nowhere except to a diminished reputation. 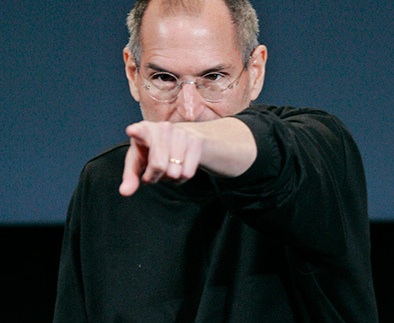