Last week, Apple Canada launched the sales of its new Pro Display XDR, a 32-inch Retina 6K display that costs costs as much as CAD $9,696 with all the upgrades. According to Apple’s compatibility list, however, the display only works with a handful of recent Macs and MacBooks, with the iMac Pro also not on the list. 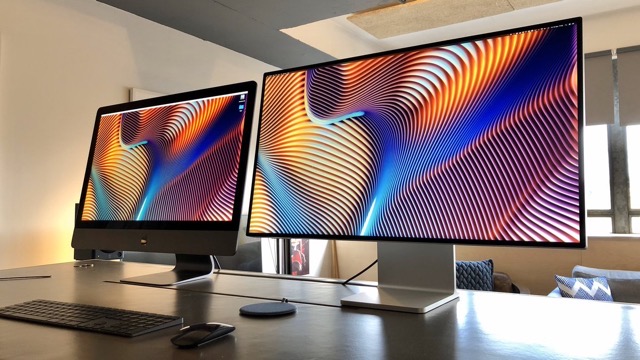 As confirmed by Thomas Grove Carter, who has been testing out the new Mac Pro and Pro Display XDR and has been sharing his experience on Twitter, while the iMac Pro does work with Apple’s new professional monitor, it’s just limited to 5K instead of being able to take advantage of the full 6K resolution.

Confirmation that the #iMacPro does drive the #ProDisplayXDR ?

In the Pro Display XDR Display’s tech specs, Apple only lists the 2019 iMacs, 16-inch MacBook Pro, and 2018 15-inch MacBook Pro (plus any Thunderbolt 3 Mac paired with a Blackmagic eGPU) as compatible.