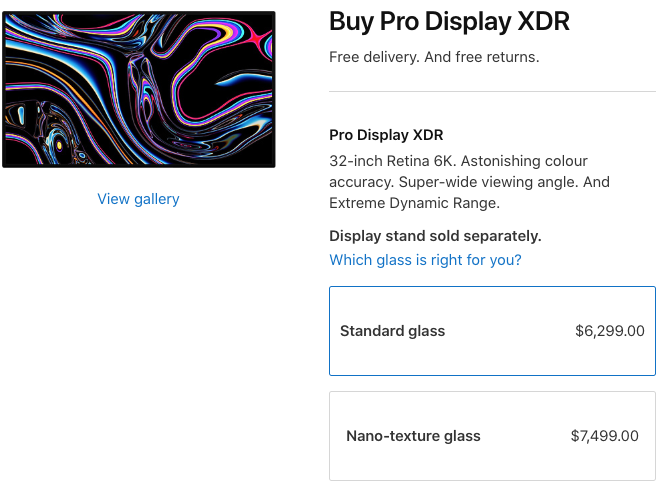 Apple Canada has launched sales of its new Pro Display XDR, the perfect companion to the new Mac Pro.

Pricing for the Pro Display XDR in Canada is as follows:

If you opt for all the upgrades, a Pro Display XDR costs $9,696 plus taxes in Canada. Throw in a maxed-out Mac Pro and you’re looking at nearly $80,000 for the best computer money can buy right now. No big deal.