In a new feature on its website, Apple has profiled tennis performance-tracking app SwingVision’s CEO and co-founder Swupnil Sahai, whose lifelong passions for tennis and tech led him to develop an app that makes tennis more accessible than ever. 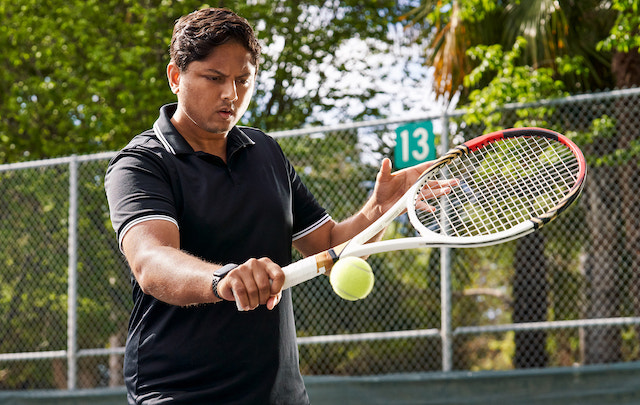 Growing up in the Bay Area, Sahai played on his high school tennis team, and eventually, the sport served as a form of stress relief while he attended the University of California, Berkeley.

While working as an engineer on a team that used 3D object tracking to help refine autonomous driving, Sahai realized the same techniques and principles he was using on the job could help him level up on the tennis court. However, he did not have the right tools available to him.

“Back then, you had a few companies making sensors you could attach to your rackets, and they would track some data,” Sahai said. When Apple Watch launched in April 2015, Sahai recognized the potential of a device that would bring intelligence right to a user’s wrist.

“That sparked my brain right away. I thought, ‘If I have a computer on my wrist, I could actually analyze my form and my strokes,’” he says, looking back at the initial notes he made on his iPhone.

After teaching himself how to code using Apple’s Swift programming language, Sahai enlisted the services of his college roommate and fellow tennis enthusiast, Richard Hsu. What began as a side project called Swing — released as an Apple Watch app in 2016 — eventually morphed into a full-time endeavor, necessitating a team that’s since grown to include 12 employees.

You can read the entire feature on Apple’s website here.