9To5Mac has an interesting report today which reveals that some high-level iOS game developers may be receiving iPhone 4 devices with an A5 chipset to test games.

The devices reportedly look exactly like an iPhone 4 from the outside and have been provided to select developers to test their games on next-generation A5 hardware instead of the current A4 chip.

They already have select developers working on versions of their iPhone applications that take full advantage of the next-generation iPhone’s speedier and much more powerful hardware. These developers, seemingly from high-level gaming outfits, have been given what is essentially an iPhone 4 but with an A5 processor instead of an A4.

This new iPhone, being called the “iPhone 4S”, is reportedly kept in a company safe when not in use. This device however is not the next-generation model. Instead, it is custom iPhone used for testing purposes.

Apple is widely expected to introduce the iPhone 5 this summer during WWDC with a fall 2011 release. 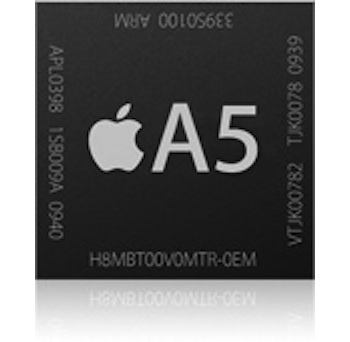 YouTube is catching up to Twitch and is now offering support for YouTube Emotes. These custom images can be used across the platform while interacting with chat and the comments in a video. Currently, YouTube is supporting a variety of Gaming Emote. In a YouTube Help blog post, a community manager highlights the fact that...
Steve Vegvari
36 mins ago