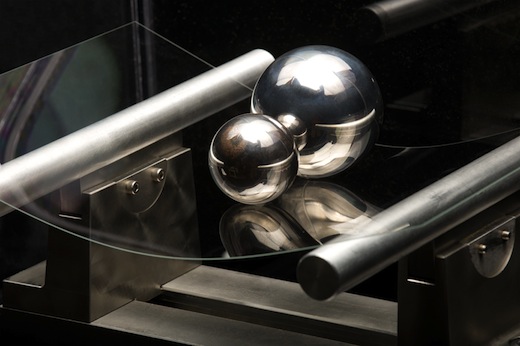 It was reported earlier today that Apple claimed credit for more than 514,000 jobs in the U.S. thanks to their products, retail stores, and opportunity for developers. On Apple’s job creation page, they also revealed something they have never done before: the iPhone uses Corning Gorillas Glass.

This is not new. What is worth noting is Apple has never publicly mentioned the use of Corning’s Gorilla Glass. Readers of Walter Isaacson’s biography on Steve Jobs learned about this when the book was released. Corning was sucked into the ‘reality distortion field’ when asked to have their glass produced in mass quantities within six months by Steve Jobs. Gorilla Glass was a product based on a project the company ditched back in 1960s, due to the absence of a viable market. The creation of the iPhone changed that. As per Walter Isaacson:

There was no word whether Corning Gorilla Glass is used on the iPad, but it would be safe to assume it’s Gorilla glass across the board for all iOS products.

Texas Heart Institute researchers studying the use of Apple Watch in helping diagnose heart attack symptoms have just published their findings in the latest edition of the Texas Heart Institute Journal (via MyHealthyApple). According to the research, if the ECG function of the Apple Watch could provide a reliable analysis of myocardial infarction (MI) risk when...
Usman Qureshi
14 hours ago

Samsung VP Bryan Choi has said in an interview with The Times that the latest Galaxy Fold devices will be the company’s “secret weapons” in its fight to capture a share of the high-end mobile market. Choi said Samsung’s strategy is to make the range of foldable devices a “mainstream product, with sales equal to...
Usman Qureshi
14 hours ago