Apple has released its “Everyone Can Create” curriculum in four new languages. 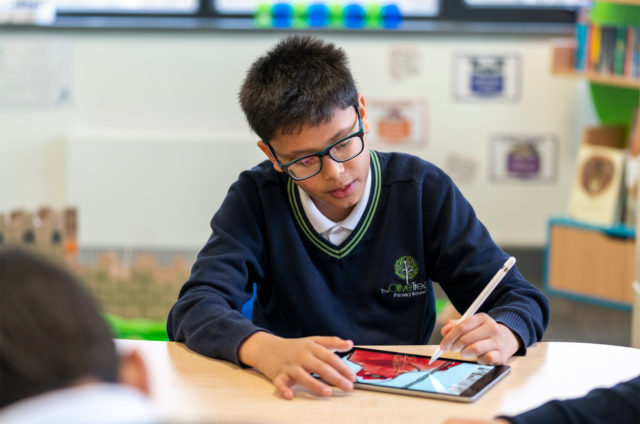 Last March, Apple announced its “Everyone Can Create” curriculum with educators and students in mind. Now, according to a new press release, the tech giant has released four new translations of the curriculum in French, German, Italian, and Spanish, with Swedish and Dutch promised this spring.

The free project guides for iPad are intended to help students to “develop and communicate ideas” using music, video, drawing, and photos. They are also suited for teachers hoping to better incorporate creativity into their lesson plans.

“Creativity is at the heart of everything we do at Anson Primary and Everyone Can Create has helped us push those boundaries even further,” said Simon Pile, the assistant head of Anson Primary School in London. “Using a combination of the project guides we’ve created richer and deeper learning experiences for students in subjects across the curriculum, bringing better understanding of the concepts being taught.”

The “Everyone Can Create” curriculum was first announced at Apple’s education-oriented media event back in March last year. Apple Stores have since used its lessons as part of its “Today at Apple” Teacher Tuesday sessions. In 2018, more than 40,000 students and teachers attended sessions including tutorials on art and design, photo and video, and music, across Europe alone.

“Everyone Can Create has given me confidence in front of my students in areas of teaching, such as drawing, which I would not otherwise have had,” said Zainab Patel, an assistant headteacher of Olive Tree Primary School in Manchester.

Although the curriculum is primarily aimed at schools and other educators, the four “Everyone Can Create” guides are also freely available and can be downloaded here: photography, music, video production and drawing.