Looks like the earlier report of iOS 7 beta 2 being released to developers today is indeed correct as Apple has just seeded the second beta to developers via an over-the-air update. Coming in at 237MB (for the iPhone 5), the update notes “this beta version of iOS 7 contains bug fixes and improvements.” 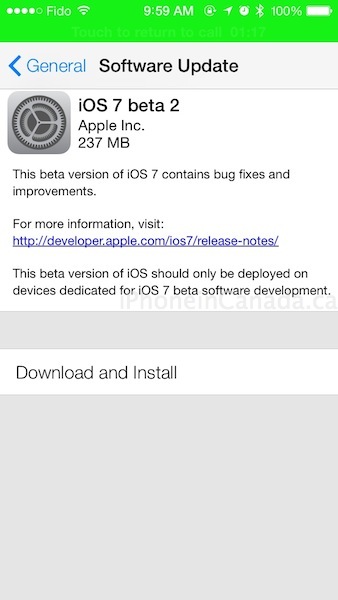