Today Apple released numerous Mac OS X fixes, among them the final release of OS 10.6.2. The update is recommended for all Mac OS 10.6/10.6.1 owners and is available via software update on your Mac.

Printing and faxing fixes provided for: 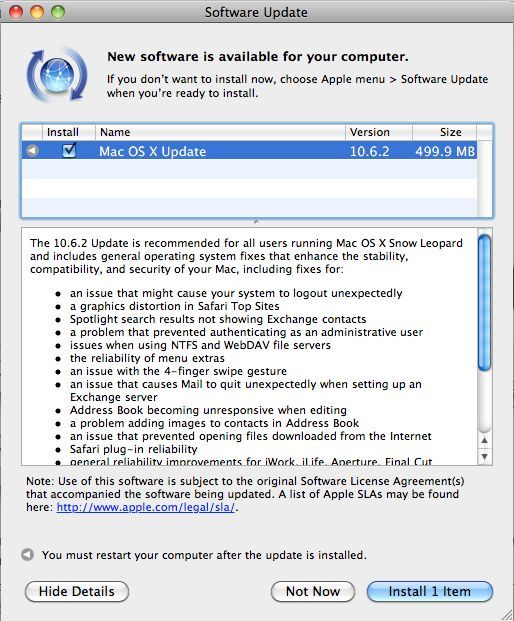 Safe for Jailbreaking iPhones, according to MuscleNerd Via Twitter:

Today marks the official launch of Apple's iPhone 14 Plus. Rounding out the new family of Phones, preorders for the iPhone 14 Plus should be arriving to users around the world. However, for those that didn't pre-order, in-store pickup options are rolling out region by region. Currently speaking, if you navigate to Apple's website in...
Steve Vegvari
20 mins ago

Nintendo has revealed that Pilotwings 64 will be making its debut on Nintendo Switch Online + Expansion Pack later this month. On October 13th, players can take to the sky in this flight simulator title. After mysteriously not releasing a title in September, Nintendo seemingly returns to adding a new monthly game to its Nintendo...
Steve Vegvari
55 mins ago