Last month, Apple revealed its first batch of games set to leave the Apple Arcade subscription service, and today, the company has removed those 15 games from the catalog, as spotted by MacRumors. 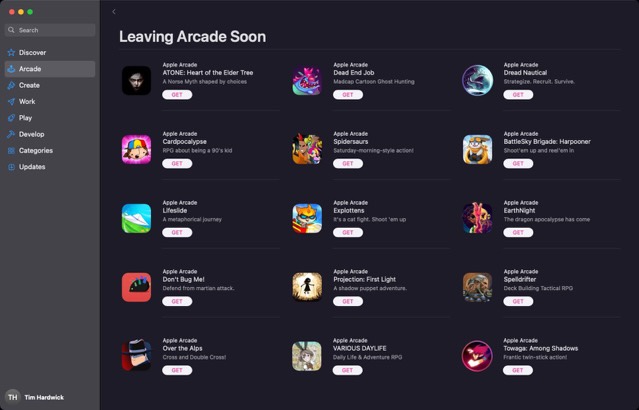 An Apple support document notes that subscribers who downloaded a game before it was removed from ‌Apple Arcade‌ can continue to play the game for “at least two weeks after,” suggesting the titles will remain playable until at least August 16.

Once that time period is over, users who launch an ‌Apple Arcade‌ game that is no longer playable will receive a “No Longer Available” message.

After a game has been removed from ‌Apple Arcade‌, Apple says the developers can choose to make their games available on the ‌App Store‌ for all users.

If a developer chooses to allow users to load their saved progress in the ‌App Store‌ version of the game, users can continue playing right where they left off in the ‌Apple Arcade‌ version. Otherwise, users must start the game over again.

Below is the list of games that are no longer available on Apple Arcade: