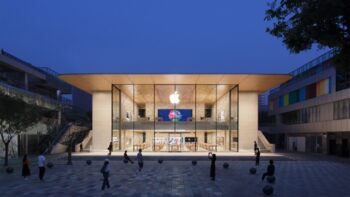 On Monday, according to Reuters, Apple announced it would expand its repair program in order to include specific parts and training to independent repair shops to fix Mac computers in the United States.

While the program was officially launched last year, it only included iPhone repair until now. The expansion means that users no longer have to go to official Apple stores to have Macs and MacBooks repaired, but will now have access to third-party repair stores.

“At the end of the day, we either have a free market to fix the devices we own, or we don’t,” Proctor said in a statement.

Thank you @StephenNellis for including our thoughts. Also if the IRP contract is less terrible, Apple should share it. https://t.co/ALVJSNTPDY

Apple executive Jeff Williams told Reuters, “When a device needs repairs, we want people to have access to a safe and reliable solution — this latest expansion joins the thousands of repair locations we’ve added over the past year,” He went on to say, “We’re looking forward to bringing that convenient and trustworthy repair experience to our Mac users.”

The announcement comes in response to feedback from independent tech stores all over the world which have requested these tools to help serve customers more effectively. Many of these shops have argued for greater access to these parts and protocols over larger corporations like Best Buy, saying that the previous repair program was simply too costly to take part in.

In any case, the new announcement marks a major win for independent shops looking to help customers with their Macs. No word on whether this applies in Canada yet, but stay tuned.