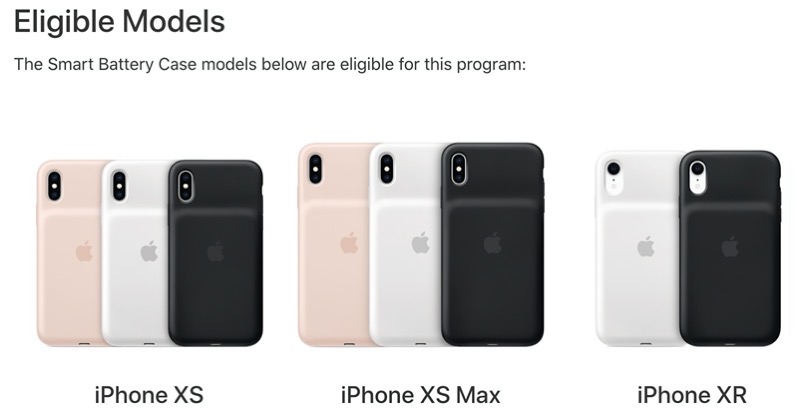 Apple has launched a replacement program for Smart Battery Cases made for iPhone XS, iPhone XS Max and iPhone XR.

The defective units were made between January 2019 and October 2019. Apple clarifies “this is not a safety issue” and replacements will be made free of charge from Apple or an Apple Authorized Service Provider.

Canadians with defective Smart Battery Cases are eligible and can read more about the replacement program here.