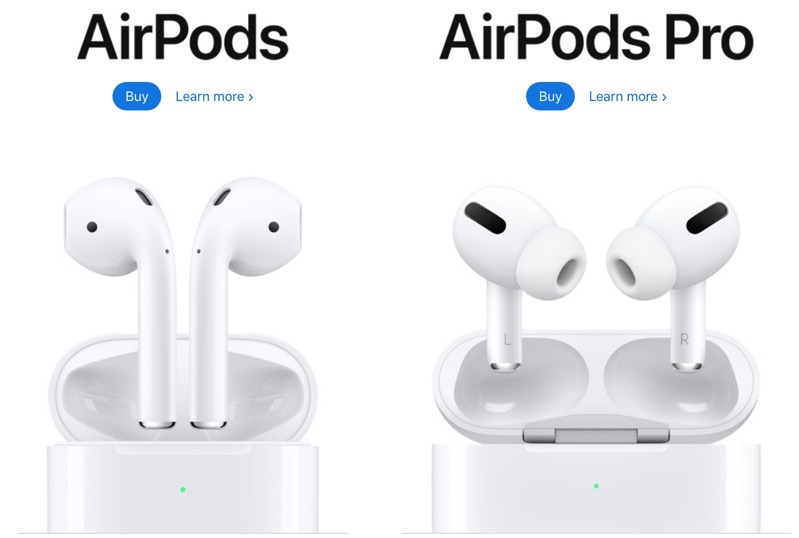 Apple has reportedly cut its production forecast of its AirPods wireless earphones by 25 to 30%, according to sources speaking to Nikkei.

The iPhone maker is now reportedly forecasting 75 to 85 million units for 2021, down from the original forecast of 110 million units.

“The most significant order reduction is for the second quarter toward the start of the third quarter,” said one source to Nikkei. “The levels of inventory [in warehouses] and in-store stocks of AirPods are currently high … and demand is not as strong as expected.”

Sources added Apple is hoping for increased sales of AirPods when newer versions are set to be introduced in 2021.

Counterpoint Research data says Apple sold roughly 73 million units of AirPods in 2020, taking a dominate 31% share of the Bluetooth wireless headphones market. Apple’s lead in marketshare has lowered from 60% in 2018 down to 31% in 2020, due to competition to AirPods.

“It is not possible to grow 30%, 40%, 50% by shipments every year for a long time. At some point the growth will slow down and normalize,” said an unnamed executive-level source to Nikkei. “The time of high growth for AirPods might be past.”

Even though Sony's first VR headset took 8 months to sell a million units, the company is betting big on its next-generation PlayStation VR2 headset with an increased production plan, according to Bloomberg. Citing people familiar with the matter, the publication notes that Sony is planning to make 2 million units of the PlayStation VR2...
Usman Qureshi
15 mins ago

As reported by 9to5Google, Google’s new wired Nest Doorbell which appeared in the Google Home app last month has been leaked early in stores with availability expected later this week. The new Nest Doorbell was spotted in a Best Buy store, with the packaging saying “2nd generation” and “Wired” with a check mark, in white and dark...
Usman Qureshi
32 mins ago