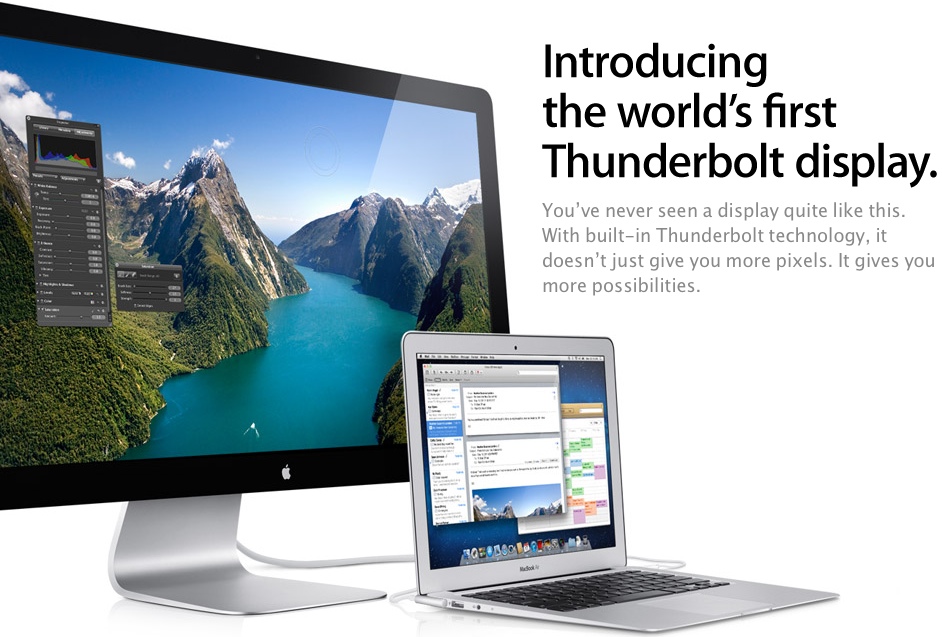 Rumours of a revamped Thunderbolt Display with high-resolution Retina display have persisted for years.

According to a new report from 9to5Mac, Apple may finally update its external display, complete with an external graphics card. The on-board GPU would ensure all Macs could push the pixels necessary for a 5K resolution.

Citing unnamed sources, 9to5Mac reported on Wednesday that Apple is working on a new 27-inch Thunderbolt Display that would, unsurprisingly, feature the same 5K-resolution panel found on the company’s existing 27-inch Mac.

More surprising, however, is the suggestion that Apple may include a graphics card within the display itself. Such capabilities are technically possible thanks to the high speeds of the Thunderbolt port, which some Windows PC makers have already taken advantage of.

Embedding a graphics card into the Thunderbolt Display could help Apple to ensure that virtually any modern or future Mac could handle the processing power necessary to push pixels to a 5K-resolution display.

Current Thunderbolt Display inventory has dwindled, furthering speculation that an update could be forthcoming. Stock also became limited earlier this year across Europe, which additionally signals a possible refresh.