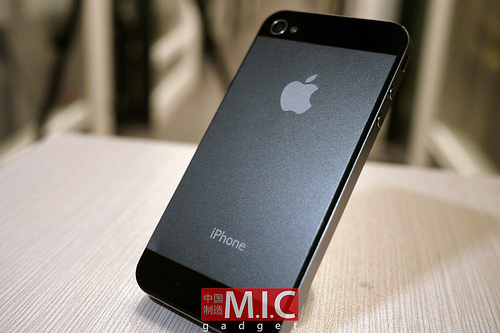 On Wednesday we shared with you a sweet iPhone modification kit that would allow you to transform your iPhone 4/4S into an iPhone 5 before its release. The unit costs $30.00 and simply gives your iPhone the rumored two-toned aluminum and glass appearance.

It’s not even a week later and a third-party with authorization to send take-down notices for Apple has already sent an email on over. Read on below to see what the email said:

We are authorized to send notice and takedowns on behalf of Apple Inc. (“Apple”), the owner of the federally registered Apple logo trademark (among others) hereinafter referred to as the Apple Trademark(s).

The website, http://iphone5mod.com/, is offering for sale and selling merchandise bearing counterfeit Apple trademark(s). Such illegal use of Apple Trademark(s) is a violation of federal and State trademark laws.

1. Signature of the undersigned is set forth below.

The $30.00 deal from iPhone5mod.com will disappear in a matter of 48 hours. Anyone who wants to purchase the mod-kit better act fast.

If you’re wondering why the removal was requested, refer to the picture above. The mod-kit uses Apple’s branding, including the Apple logo and ‘iPhone’ label on the product.

For anyone without the chance to grab this deal, you will just have to wait until next month. The iPhone should be released on September 21st if rumors confirm correct.