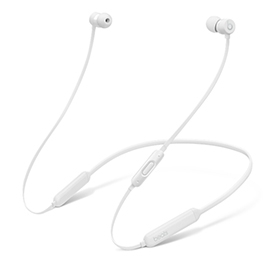 In an email reply to a customer last week, authorized Apple reseller B&H Photo Video has revealed that BeatsX Earphones have been delayed for at least 2-3 months, MacRumors is reporting. The reseller claims that Apple has informed them the earphones won’t be ready for shipment before the said period. Below is the email from B&H:

This email is being sent in regards to your order for 1 of the Beats by Dr. Dre BeatsX In-Ear Headphones (Black).

We regret to inform you that the manufacturer has informed us that they still do not know when they will begin shipping this item but they do know that it will take at least 2-3 months. We sincerely apologize for any inconvenience this delay has caused you.

This means that the much awaited BeatsX shipments will not begin until February or March 2017. Although Apple may release BeatsX earphones on its own website well before providing shipments to B&H or any other authorized reseller, but a 2-3 month gap before third-party sales begin would be unusual for an Apple product.

Meanwhile, the latest versions of Beats Solo3 and Powerbeats3 headphones, which are also powered by Apple’s new W1 chip, are already available for purchase through Apple and its authorized resellers.